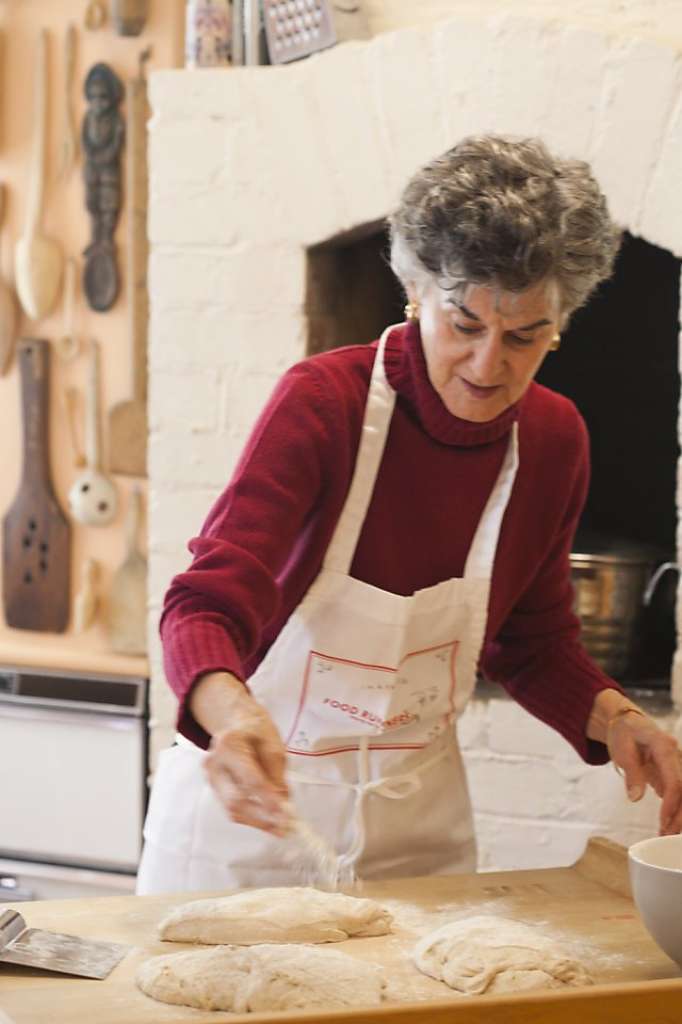 Carol Field, an authority on Italian cuisine whose classic cookbook “Italian Baking,” published in 1985, introduced Americans to regional breads like ciabatta and focaccia, as well as to desserts, died on Friday in San Francisco. She was 76.

The cause was complications of a stroke, her family said.

Ms. Field fell in love with Italy and its food while helping her husband, John, an architect, film a PBS documentary in Liguria in 1972. Persistent fog forced the couple and their small crew to suspend the project, and by the time they returned the next summer, the budget could no longer support an interpreter. Ms. Field taught herself Italian and, on repeat visits to Italy, developed a deep appreciation and understanding of Italian food.

“Italian Baking,” her first cookbook, immediately became a treasured guide. It was named the best book in its category by the International Association of Culinary Professionals in 1986, and in 2010 the James Beard Foundation included it in its “Baker’s Dozen,” a list of 13 indispensable baking books.

When the book was republished in 2011, Russ Parsons, writing in The Los Angeles Times, called it “still the definitive book on Italian breads.”

Ms. Field represented a new wave in cookbook writing that placed as much emphasis on fine writing and cultural and historical context as on the recipes themselves. In “Celebrating Italy” (1990), devoted to seasonal festival foods, and “Italy in Small Bites” (1993), about the between-meal snacks known as merende, she took pains to explain where each dish originated and its place in the local culture.

“Nonna’s Kitchen: Traditional Recipes and Culture From Italian Grandmothers” (1997) was both a collection of simple, timeless recipes and a sensitive evocation of a way of life disappearing under the pressures of modernity.

“I’m not interested in just writing recipes,” Ms. Field told The New York Times in 1991. “I think of myself as a writer first. Writing a book is an enormous task, and I want to learn something, so it’s got to be challenging to me.”

She was born Carol Helen Hart on March 27, 1940, in Oakland, Calif. Her father, James D. Hart, was the head of the English department at the University of California, Berkeley, and the author of The Oxford Companion to American Literature. Her mother, the former Ruth Arnstein, was a homemaker.

After graduating from the Anna Head School for Girls in Berkeley, she earned a bachelor’s degree in English from Wellesley College in Massachusetts in 1961. Six weeks after graduation, she married Mr. Field, who died last month.

Ms. Field, who lived in San Francisco, is survived by a son, Matt; a daughter, Alison Field; a brother, Peter; and three grandchildren.

Ms. Field’s cooking skills were limited at first. In 1997 she told The San Francisco Chronicle: “I knew how to make a nice French omelet. Period.” She addressed the problem by working diligently through Julia Child’s cookbooks.

She worked for a time as a librarian in the San Francisco public library system and with a colleague opened Minerva’s Owl, a bookstore on Union Street, in 1962. She helped run the store for five years and then found work as a buyer for Scott Martin Books.

After the filmmaker Francis Ford Coppola, a friend, acquired City magazine in 1974, he persuaded Ms. Field to write for it. She soon began contributing articles to Gourmet, Bon Appétit and other magazines. After working as an editor at New West and San Francisco magazines, she wrote “The Hill Towns of Italy” (1982), a lavishly photographed tour of ancient towns in Tuscany and Umbria, for which she provided historical and cultural essays. It was, she told the reference work Contemporary Authors, “my chance to be both serious and lyrical.”

Those qualities carried over to her cookbooks, which placed her in the forefront of American writers on Italian cuisine and earned her guest spots cooking on television with Julia Child, Mario Batali and Lorenza de’ Medici.

Ms. Field returned to Italian baked goods in “Focaccia: Simple Breads From the Italian Oven” (1994) and wrote a food novel, “Mangoes and Quince” (2001).

She was well known in Italy as a correspondent for the Milan newspapers La Gola and Il Sole 24 Ore. In 1993 she was elected to membership in the Accademia Italiana della Cucina. In 2004 she was made a Knight in the Order of Merit of the Italian Republic.