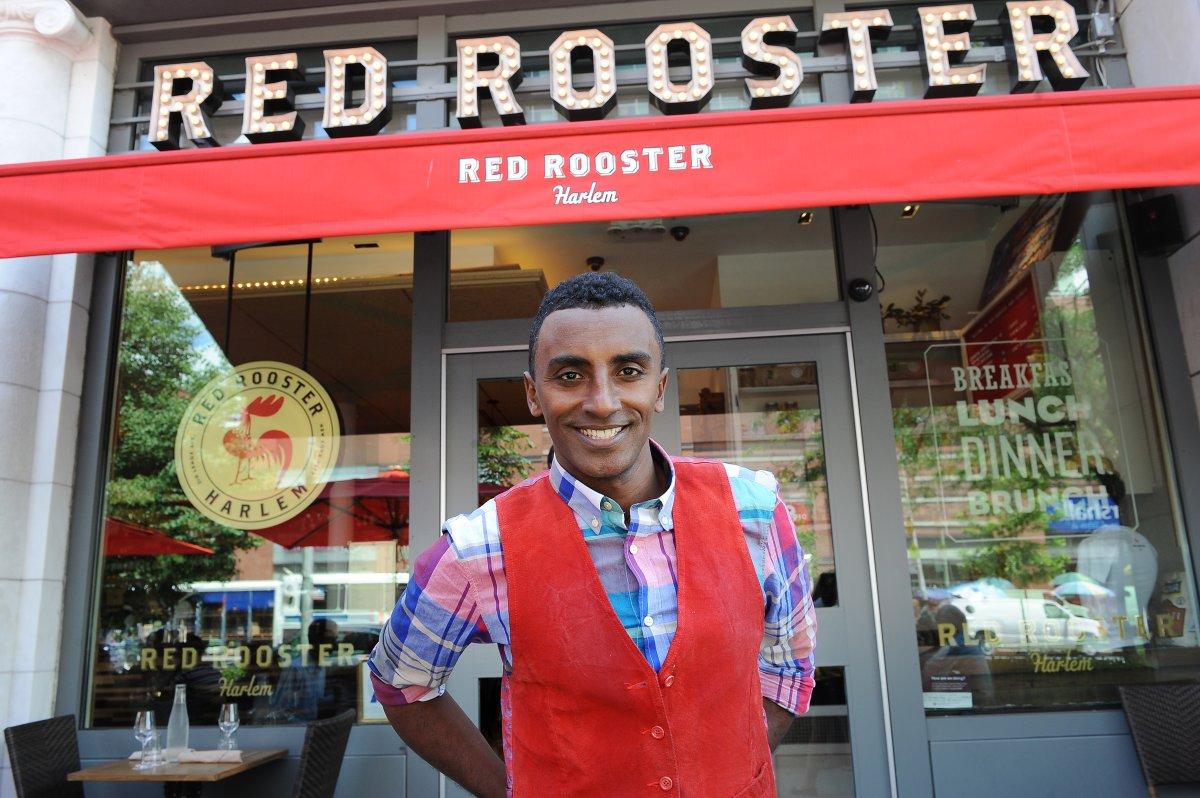 Groundbreaking chef Marcus Samuelsson is in Sweden mourning the loss of the woman who once kept him fed: his adoptive mom.Restaurant insiders have been buzzing all week that Samuelsson, who can usually be found ruling over his Red Rooster eatery, hadn’t been seen in a while. When Black Lives Matter protesters randomly interrupted diners Monday night, his usually calming presence was especially missed.

“You need to take that s–t downtown to the 21 Club!” yelled one staffer, telling protesters they were targeting the wrong crowd.

As it turns out, Samuelsson was overseas, where he had much bigger fish to fry.

“Marcus is in Sweden right now burying his mother, who died at 87,” according to a source familiar with the situation. “The week before, he was at his restaurant in Bermuda.”

According to our in-the-know foodie, Samuelsson, a 47-year-old Ethiopian-born and Swedish-raised chef, won’t get much time to mourn before returning to work.

“The week before Harlem EatUp! opens on May 18, he’s opening a Red Rooster in London,” we’re told. Samuelsson is also expected to attend an April 20 Harlem EatUp! preview event with business partner Herb Karlitz, where they’ll welcome restaurants including the Meatball Shop, Belle Harlem and Vinateria to this spring’s festival.

Samuelsson’s birth mom reportedly died from tuberculosis when he was 3. He and his sister were then adopted by Ann Marie and Lennart Samuelsson, who moved them to Gothenburg, Sweden, where the aspiring chef later attended the Culinary Institute.

Samuelsson came to the U.S. in 1991 to work at Aquavit. That’s where the 24-year-old newcomer became the youngest chef ever to get a three-star review from The New York Times. In 2003, the James Beard Foundation recognized him as the year’s best New York City chef.