Culinary hipsters may disagree, but fine dining doesn’t get much finer than in Paris.

The French capital was where legendary names in the world of cuisine such as Carême and Escoffier honed their craft.
Centuries on, their legacy remains in an astonishing array of creative talent cooking in stunning settings.
Here are some of the standout restaurant’s that will have you looking at flights in no time. 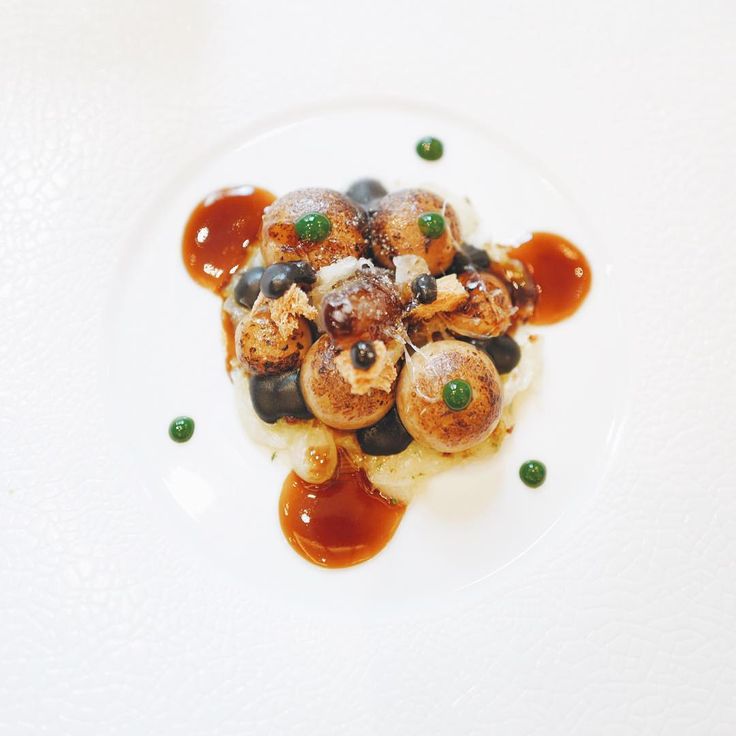 Chef Christian Le Squer heads Le Cinq at the Four Seasons Hotel George V in the chic 8th arrondissement just off the Champs-Elysées.
A native of Brittany, Le Squer’s take on French haute cuisine brings with it a lightness of touch, something not often associated with the opulent palaces of three Michelin-starred French fine dining.
Entering through wrought-iron doors, the Le Cinq dining room is decorated in gold and gray with priceless furniture from the reign of French kings Louis XIV and XVI.
Le Squer’s “gratinated onions à la Parisienne” is a French onion soup like no other.
Think petite balls of onion, somehow filled with a warm onion broth — just make sure you don’t bite them with your mouth open. Black truffle, extracts of thyme and rosemary join croutons made with Parmesan to complete a brilliant deconstruction.
If you fancy a glass or two, the historic and legendary wine cellar under sommelier Eric Beaumard features an incredible 50,000 bottles with some dating back 300 years.
Restaurant Le Cinq, 31 Avenue George V 75008 Paris; +33 (1) 4952 7154

Few French restaurants can rival the history, location or clientele of Alleno paris au Pavillion Ledoyen.
Situated close to the French Prime Minister’s residence of Le Matignon, it’s where Napoleon Bonaparte first met Josephine, where artists and writers such as Degas, Monet and Zola would dine — and even where duelists would reconcile, having failed to shoot each other in the Bois de Boulogne.
Superstar chef Yannick Alléno oversees the beautiful dining room and menu, one highlight of which is a surreal but brilliant take on brioche bread.
It looks like bread, complete with golden-brown crust, but is made from… pike. The perfectly executed fish is almost like a mousse in texture, while a sauce made of celeriac is a sublime counterpoint.
Alleno au Pavillion Ledoyen, 8 Avenue Dutuit, 75008 Paris; +33 1 5305 1000

The first of two venues under maestro Alain Ducasse, Le Jules Verne boasts the best views in Paris thanks to its location on the first floor of the Eiffel Tower, 125 meters up.
2017 marks Ducasse’s 10th year overseeing the venerable institution but guests have been dining in the tower since it opened back in 1889.
One standout of the six-course dinner menu at 230 euros ($250) per person is the seared sea scallop with cauliflower and gold caviar.
But the classic dessert of rum baba with Armagnac and lightly whipped cream takes some beating.
Unsurprisingly, the wine list is 100% French and the sommelier will happily guide you through pairings for the dinner menu.
Le Jules Verne, Avenue Gustave Eiffel, 75007 Paris; +33 (0) 1 4555 6144 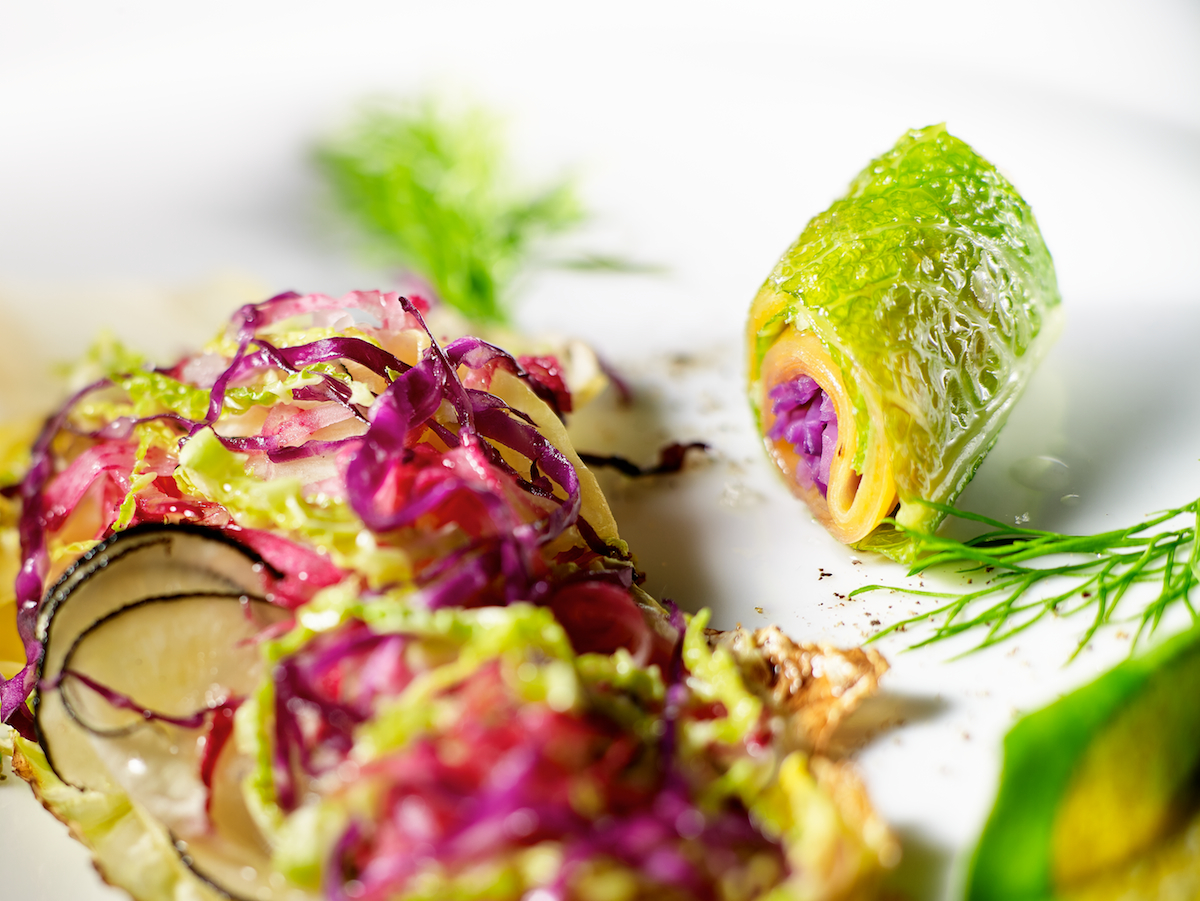 Vegetable master Alain Passard opened L’Arpège in 1986 and received his third Michelin star within a decade — a remarkable achievement by French Michelin standards. Three wholly organic gardens around France provide produce that is harvested every morning and served in dishes at lunch or dinner that same day.
“The most beautiful cookery book was written by nature itself,” says Passard, so diners can expect only the very best of more than 500 varieties of vegetables grown by his team to make it to his plates — as well as the finest selection of fish and meat.
L’Arpege’s Winter in the Garden menu at a cool 320 euros ($348) per person includes sublime stuffed cabbage leaves — described more enticingly in French as “chou farci.”
L’Arpege, 84 Rue de Varenne, 75007 Paris; +33 1 4705 0906

Pierre Gagnaire has multiple Michelin stars to his name, including three at his eponymous dining room at the Hôtel Balzac in the heart of the city, steps from the Champs Élysées. He was also voted “best chef in the world” by his peers in 2015, so diners are in good hands.
Gagnaire’s culinary philosophy is contemporary in approach but grounded in tradition. This materializes across beautiful dishes including an oyster violine with broccoli purée and horseradish.
The artistic flair on the plates extends to the stylish interiors by English designer and artist Carolyn Quartermaine. Walls, for instance, are covered in torn pages of books. Pierre Gagnaire, 6, rue Balzac, 75008 Paris; +33 (0)1 5836 1250

In the heart of Saint-Germain-des-Prés in the Left Bank’s sixth arrondissement, Hélène Darroze continues to win public and critical acclaim for her work.
Behind a modest façade sit three venues to choose from, the grandest of which is the simply named La Salle a Manger — The Dining Room — where her two-Michelin-star cuisine shines.
In the elegant and contemporary space Darroze, the inspiration for Colette in the movie Ratatouille, gives diners a choice of dishes that includes Northern Ireland lobster with tandoori spices, carrot and coriander.
Elsewhere, pigeon from France’s southwest Périgord region comes with an unusual and decadent combination of foie gras, beetroot, wild strawberries and Mexican mole sauce. Darroze remains unafraid to innovate and take diners on global flights of fancy with unexpected combinations of flavors and produce.
Helene Darroze La Salle a Manger 4 Rue D’Assas 75006 Paris; +33 1 4222 0011 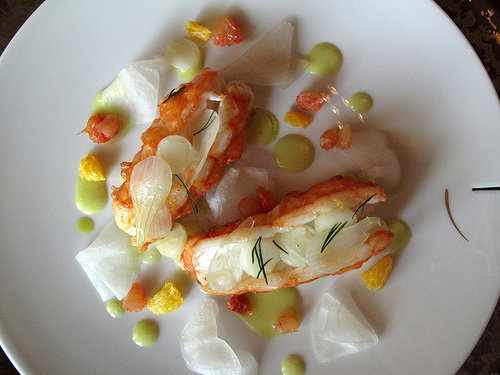 Rue de Rivoli runs elegantly past the Louvre and Tuileries gardens up to Place de La Concorde but none of its honey-colored buildings house a dining room to rival Le Meurice Alain Ducasse.
Ducasse’s two-Michelin-star dining room is one of the most beautiful in Paris thanks to its mix of 18th-century gilt and high style along with modern touches including Tulip chairs by the late Finnish-American designer Eero Saarinen.
The restaurant showcases the expertise of exec chef Jocelyn Herland in dishes such as lobster, tomato and girolles mushrooms in the 130 euro lunch menu ($141). Restaurant Le Meurice Alain Ducasse, Hôtel Le Meurice, 228, rue de Rivoli, 75001 Paris; +33 1 4458 1055