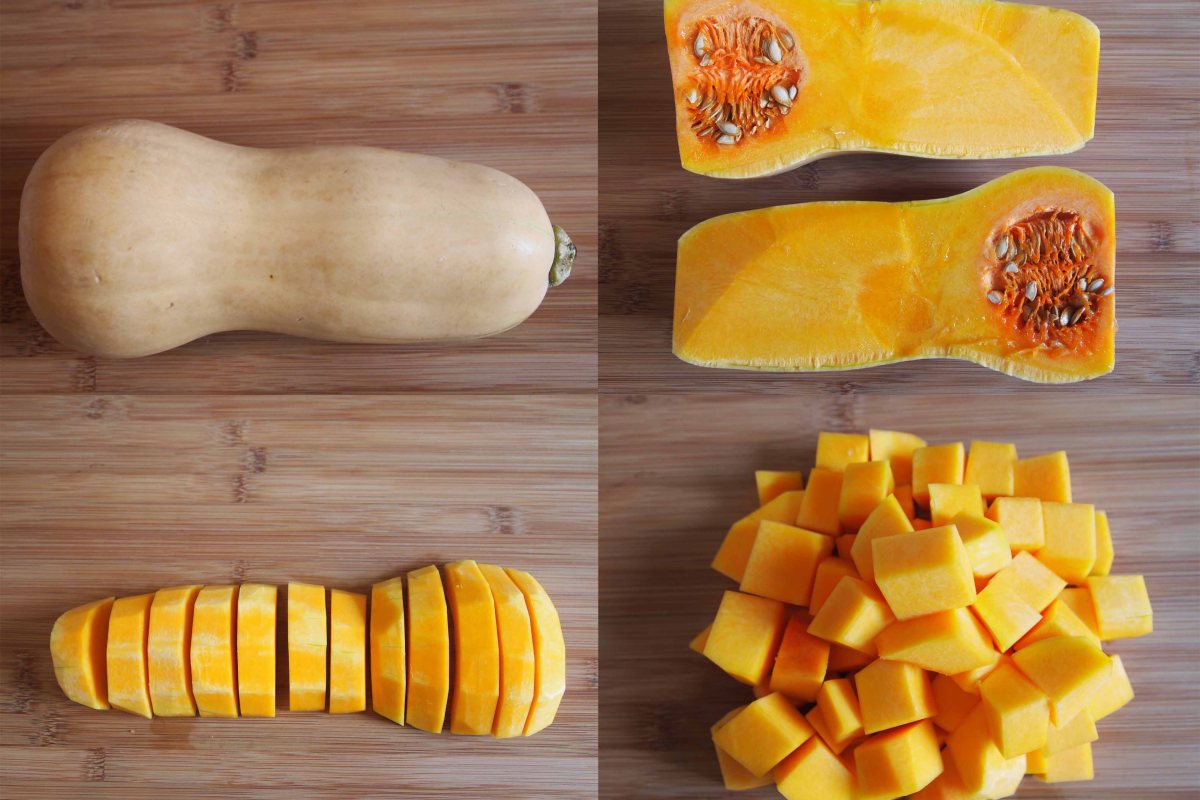 Butternut squash, sometimes known in Australia and New Zealand as butternut pumpkin or gramma, is a type of winter squash that grows on a vine. It has a sweet, nutty taste similar to that of a pumkin. It has tan-yellow skin and orange fleshy pulp with a compartment of seeds in the bottom. When ripe, it turns increasingly deep orange, and becomes sweeter and richer. It is a good source of fiber, vitamin C, manganese, magnesium, and potassium; and it is an excellent source of vitamin A and vitamin E. 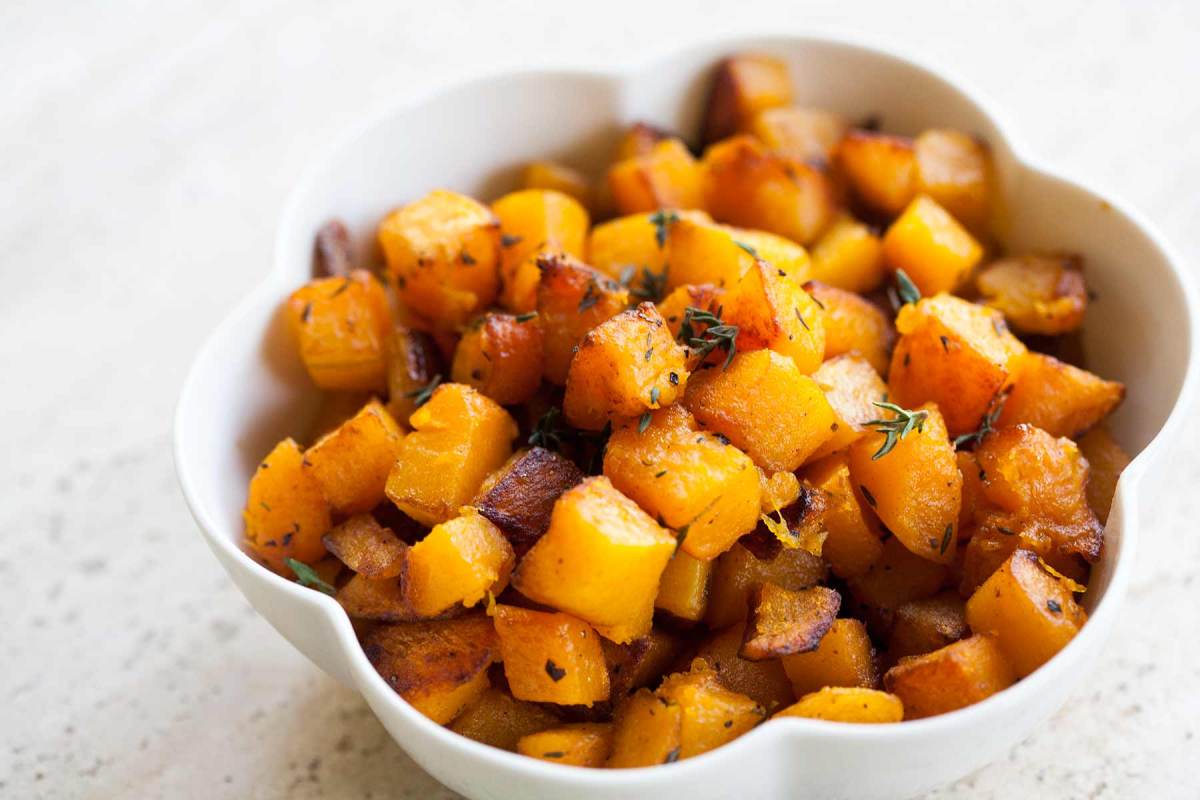 Although technically a fruit, butternut squash is used as a vegetable that can be roasted, sautéed, toasted, pureed for soups, or mashed and used in casseroles, breads, and muffins.

One of the most common ways to prepare butternut squash is roasting. To do this, the squash is cut in half lengthwise (see pictures), lightly brushed with cooking oil or put in a thin layer of water and placed cut side down on a baking sheet. It is then baked for 45 minutes or until soft. Once roasted, it can be eaten in a variety of ways. 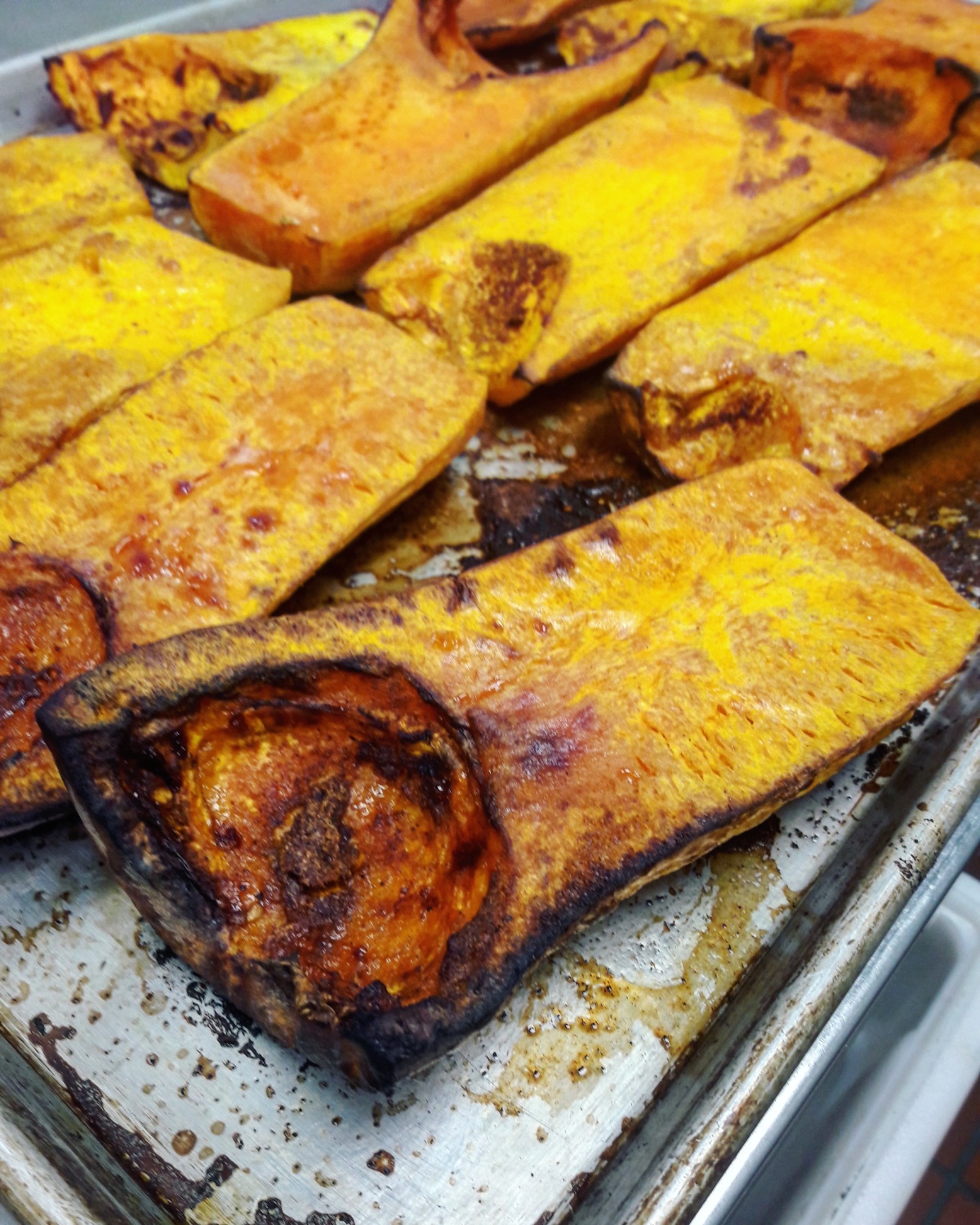 The fruit is prepared by removing the skin, stalk, and seeds, which are not usually eaten or cooked. However, the seeds are edible, either raw or roasted, and the skin is also edible and softens when roasted.

In Australia, it is regarded as a pumpkin, and is used interchangeably with other types of pumpkin.

In South Africa, butternut squash is commonly used and often prepared as a soup or grilled whole. Grilled butternut is typically seasoned with spices such as nutmeg and cinnamon or stuffed (e.g. spinach and feta) before being wrapped in foil and grilled. Grilled butternut is often served as a side dish to braais (barbecues) and the soup as a starter dish.

Check out these fun facts about Butternut Squash!