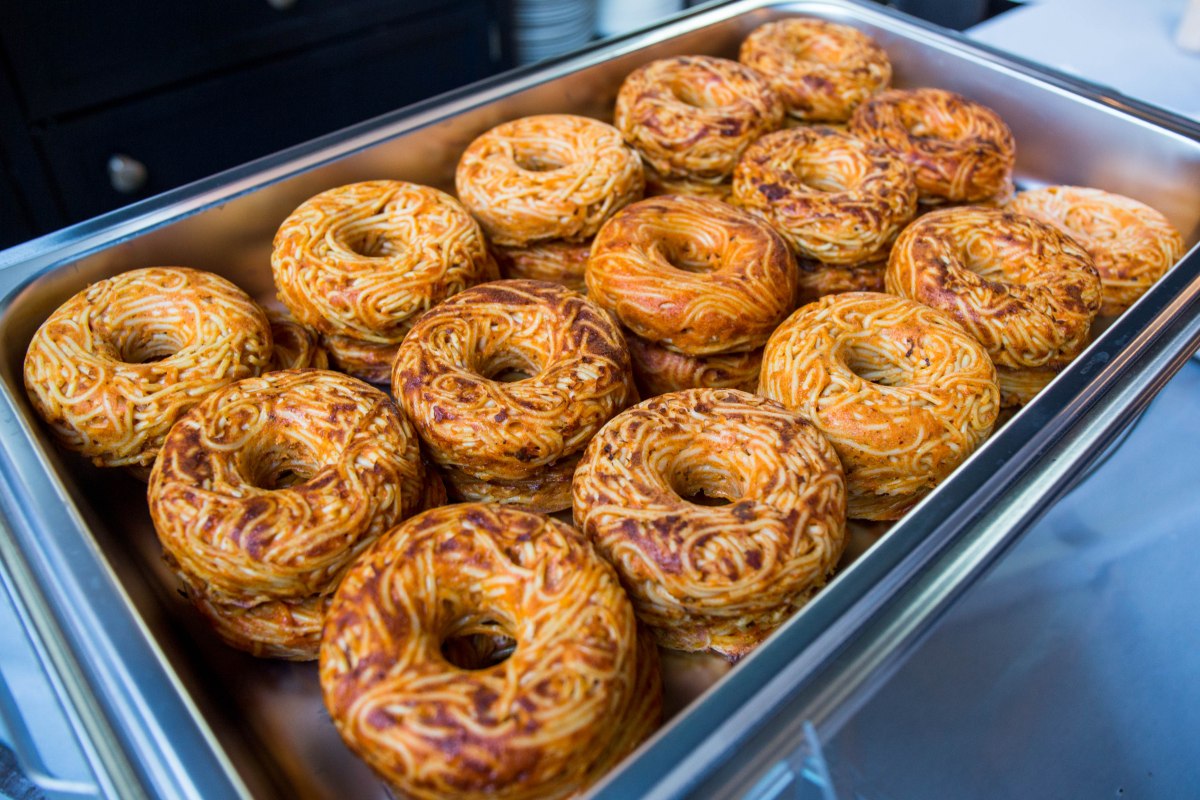 It’s the 3 a.m. drunk food you’ve only ever dreamed about. Probably when you were drunk. But now it’s real, and you can try it yourself in Brooklyn starting this weekend when the Smorgasburg open-air market re-opens for the season.

It’s — drumroll, please! — the spaghetti doughnut. And while there was a lot to see and eat at the 2017 Smorgasburg press preview last night, this delicacy was by far the most sought-after. Even the churro ice cream sandwiches from Dulcinea couldn’t keep up.

Invented by Pop Pasta, this actually isn’t the first time pasta’s joined forces with a classic baked good, and truth be told, the new version isn’t all that different from its predecessors. Actually, it’s…exactly the same. The spaghetti doughnut happens to be the exact same thing as the ever-popular, Pinterest-approved “spaghetti pie”: pasta combined with eggs and cheese, then baked. The only difference is that it’s portable and shaped like a doughnut.

That’s precisely why it’s so provocative, though. It’s shaped like a doughnut. But it’s also spaghetti. CANNOT COMPUTE.

Its likeness to traditional doughnuts, on the other hand, is questionable. These spaghetti-laden ones are baked, not fried, in round molds, which may lead doughnut die-hards to question whether there’s anything at all doughnut-like about them. 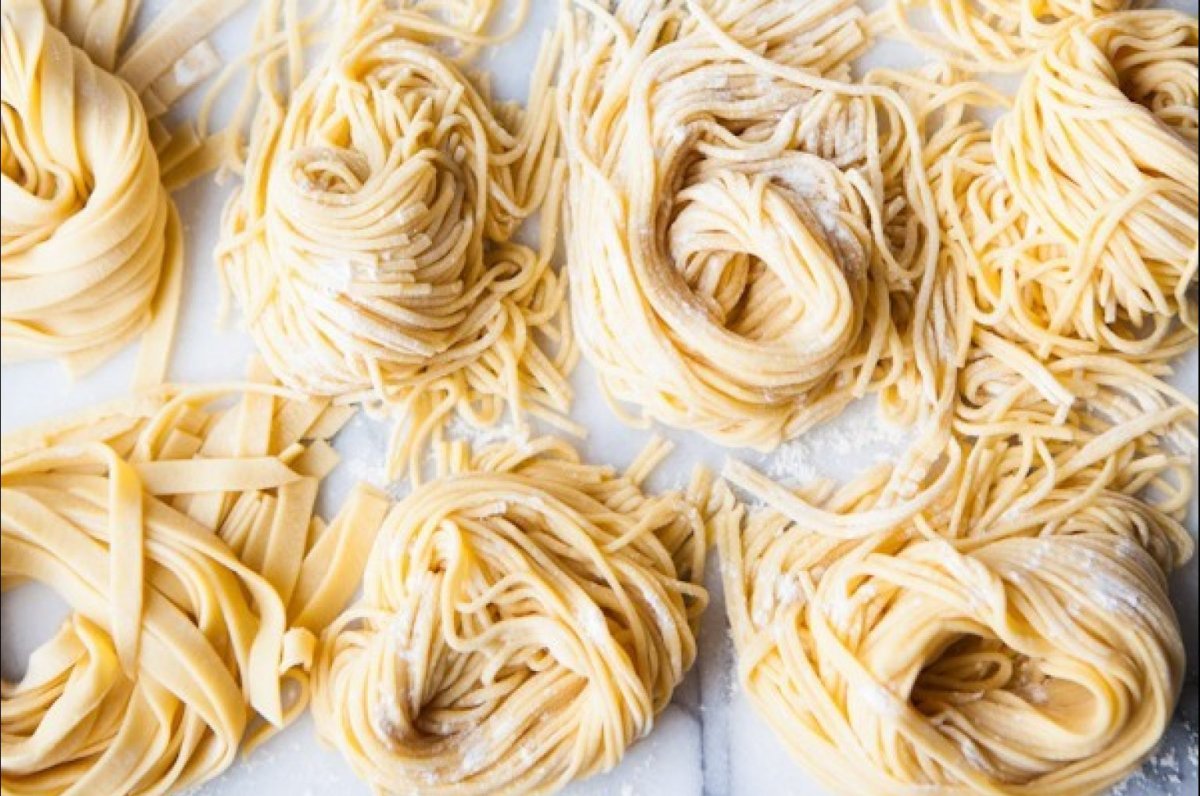 The pasta pastry also comes in a bunch of different flavors, including the Aglio e Olio Pop (spaghetti with Parmigiano, eggs, olive oil, garlic, and spices), Red Sauce Pop (the same base ingredients, but with the addition of tomato puree), Zucchini Pop (this time with zucchini), Carbonara Pop (with bacon!), and the Bolognese Pop (like the Red Sauce Pop, but with ground beef). Not to worry if nothing on the menu whets your appetite: There are “more flavors coming soon.”

“I’ve been cooking since I was 15 years old,” Luigi Fiorentino, founder of Pop Pasta, told Food & Wine. Fiorentino hails from Sorrento, Italy, but now resides in New York and produces all the doughnuts in Brooklyn. “And I’ve always liked to take a tradition and part with it in order to create something innovative. I went with something that’s very traditional, the spaghetti pie. The doughnut is like something you love already, but done in a different way.”

For most people who’ll hear about it, the spaghetti doughnut will elicit a wide range of emotions; among them, horror, joy, hilarity, and bewilderment. For the lucky few who’ve consumed it, though, including this reporter, it mostly elicits ennui. It’s just baked pasta, you guys.

Still, we have a feeling the spaghetti doughnut will be this year’s Smorgasburg hit. We hope you’re ready for those #PastaDoughnut ‘grams.