How did the peanut butter and jelly sandwich come to be? Peanut butter as we know it was invented in the second half of the 19th century. It started to gain popularity at the Chicago World’s Fair in 1893. Initially a fancy-pants sandwich, the invention of sliced bread in the 1920s helped prompt its migration to an everyday staple. 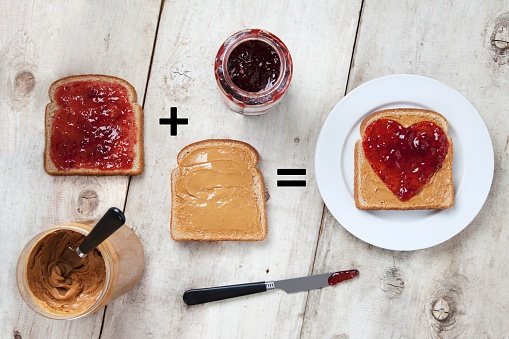 “The first located reference to the now immortal peanut butter and jelly sandwich was published by Julia Davis Chandler in 1901. This immediately became a hit with America’s youth, who loved the double-sweet combination, and it has remained a favorite ever since…. During the early 1900s peanut butter was considered a delicacy and as such it was served at upscale affairs and in New York’s finest tearooms. Ye Olde English Coffee House made a ‘Peanut Butter and Pimento Sandwich.’ The Vanity Fair Tea-Room served its peanut butter with watercress…. The Colonia Tea-Room served peanut butter on toast triangles and soda crackers. That peanut butter could be combined with so many diverse products demonstrated that it was a relatively neutral platform providing a nutty taste and a sticky texture that bound together various ingredients. 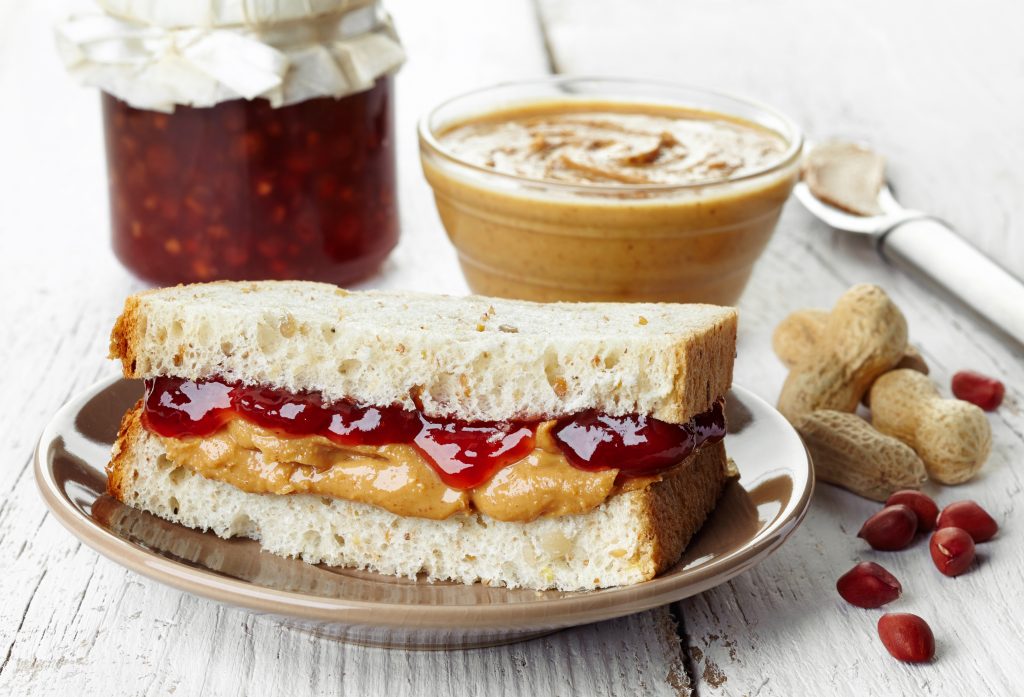 Peanut butter sandwiches moved down the class structure as the price of peanut butter declined due to the commercialization of the industry. Peanut butter’s use also moved down the age structure of the nation as manufacturers added sugar to the peanut butter, which appealed to children. The relationship between children and peanut butter was cemented in the late 1920s, when Gustav Papendick invented a process for slicing and wrapping bread. Sliced bread meant that children could make sandwiches themselves without slicing the bread with a potentially dangerous knife. As a consequence of low cost, high nutrition, and ease of assembling, peanut butter sandwiches became one of the top children’s meals during the Depression.”