In her sumptuous King Solomon’s Table, Joan Nathan dares to define it, then takes us on a 3,000-year journey around the world.

All too often, and to the dismay of everyone who knows better, Jewish food gets boiled down to bagels, matzo balls, and brisket.

These are staples, to be sure, but they all hail from the same part of the world—Eastern Europe—while Jews have, at one point or another, populated almost every corner of the earth. Thanks to their historic roles as both merchants and, often, refugees, Jewish cuisine encompasses flavors from Tunisia to Toronto, India to Israel, Babylonia to Brooklyn. 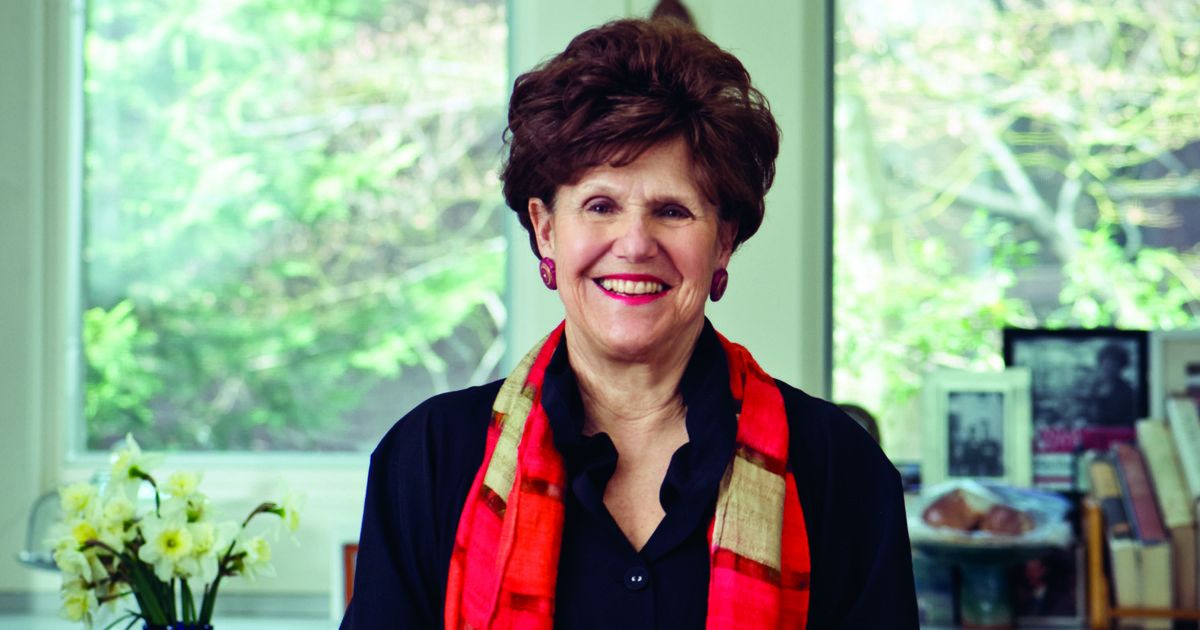 Joan Nathan, a two-time James Beard Award winner and the author of 11 cookbooks, is already well known in Jewish kitchens.

But her latest book, King Solomon’s Table, out today, is a crowning achievement. Six years in the making, it is filled with recipes from all over the globe, the stories behind them, and the histories of both how Jews influenced the local cultures they were part of and how those cultures left indelible marks on Jewish cuisine. Nathan tracked the legends of the biblical King Solomon and his global trading empire to create a cookbook with recipes for all occasions and for people of any religion, though the ancient Jewish dietary laws create a common, mostly unspoken thread throughout the book.

Nathan spoke with Bloomberg about Jewish history, culture through cuisine, and how much stands to be lost with the loss of every immigrant. Here are excerpts of that conversation, edited for clarity and space.

Many of the recipes in King Solomon’s Table are quintessentially Jewish—the chopped liver, the fried artichoke. Others seem more of a place than of a culture, like the leafy green salad with vinaigrette or the Minestra di Fagioli. What makes a food Jewish and not just a food that Jews happen to eat?

Jewish food is wandering food, but the essential quality is the allegiance, at least in the back of your mind, to the dietary laws. Also, Jews have always been merchants, since the time of King Solomon, when they went out to the then known world looking for gems, spices. They were looking for whatever was new. Even today, we are obsessed by food. The third quality is that we’ve been kicked out of so many countries, which is so relevant today, and that we’ve had to adapt to the regionality of other countries, but always with the dietary laws in mind.

A few weeks ago, my husband and I were at the Russian Embassy for a dinner, and it was very Russian. One of the dishes was a really good hard-boiled egg with scallions and chives, and as we left the Embassy my husband said to me, “That was Jewish food.” And I said, “No, Eastern European Jewish food is Russian food. It’s what the Russians ate.”

This cookbook is a reminder that the Jewish story is an immigrant story. I can’t imagine that when you wrote this book you knew what would be going on in the world when it came out. 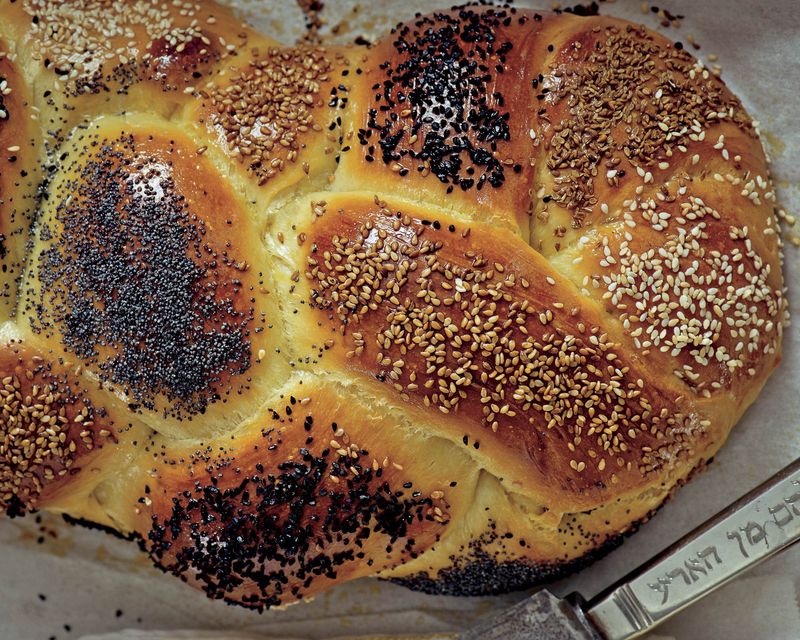 No, I absolutely didn’t. I started out thinking I’d write something on modern Jewish food, but I didn’t realize the complexity that I was going to find. So I probably spent six months working on the introduction [tracing the Jews’ history through biblical Israel to Babylon, Europe, Africa, the Mediterranean, North America, and modern Israel]. I’m so pleased people are reacting to that, because to me it really pulls the book together and shows what Jewish food is.

I think [the anti-immigrant fervor] is so ill-advised. For one thing, it’s because of immigrants we’ve got all these new foods. But also, everyone in America is an immigrant, unless you’re Native American. Everybody. And so I think it will create a Dark Age of cuisine, if nothing else. 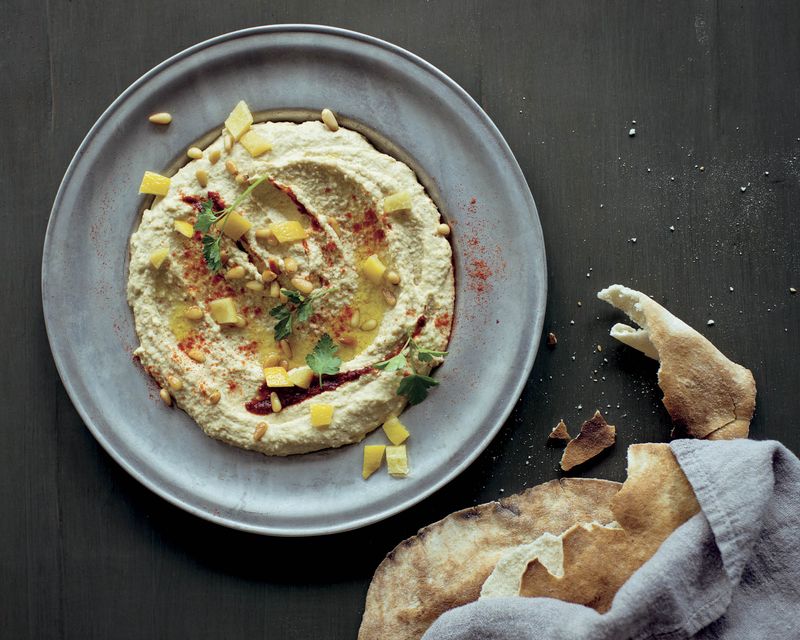 One theme of the book is fleeing. Jews are often on the run, from the Spanish Inquisition, Nazi Germany. It’s well timed for Passover, another story of Jews on the run. Did Jews save Jewish foods, or did Jewish food save the Jews?

That’s a good one. I think this is a comfort that Jews have gotten. My mother just died, she was 103, and you know I miss her a lot, and going to synagogue and listening to the prayers, and also the music and the foods, were really comforting to me. And I realized, throughout history when people were trying to persecute the Jews, the Jews got stronger. Instead of escaping their religion the way a lot of people did, they got strength from their religion.

Today, in a world where everybody is trying to become homogenized, a sweet-and-sour cabbage that was served year after year makes you who you are, in a sense. And the stories around food also make us who we are. Eating together is a comfort, and I think that’s so important, and that we need it desperately. So, it’s both.

With talk of apocalyptic bunkers and the Doomsday Clock, any life lessons for your readers, from someone who has traced the history of a people that have seen many, many historic upheavals and survived to tell the tale?

We’re just passing through a phase, I hope. 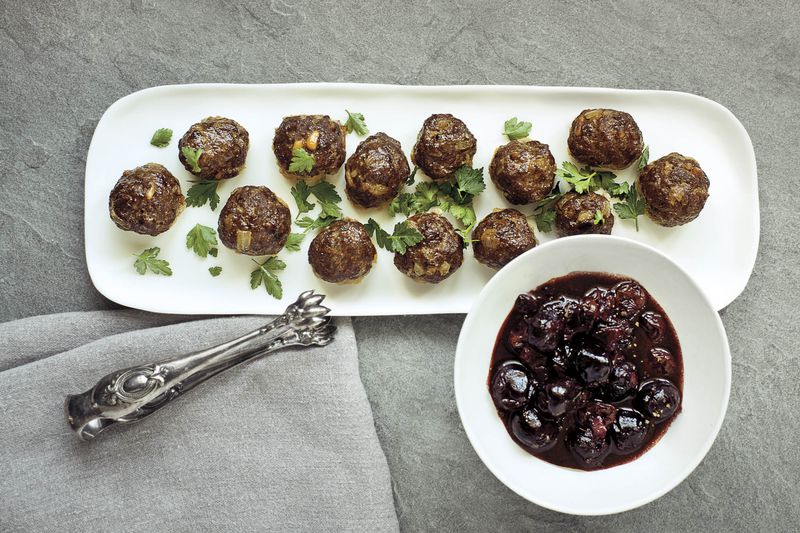 The book is mostly classics, but it includes a few modern reinterpretations, like savory hamentaschen. Is there a tension between maintaining the authenticity of a revered classic and revitalizing it?

I think that sometimes revitalizing is a little dumb, because a good recipe is a good recipe. The savory hamentaschenwas such an unusual recipe, I saw in joy of kosher. I thought it was really kind of cool. But other than that I had just good, traditional recipes.

I’ll give you a quick example. When I was working on this book, I heard about this dish, blueberry buns shtritzlach. It’s an iconic Jewish recipe in Toronto. I found an old recipe for it and I thought this is OK, it’s not great. Then I had to ask, would I put it in the book? And this young woman who sometimes stays at our house [Sarah Weiner, executive director of the Good Food Awards] walked in when I was testing the recipe and said, “That looks just like my grandma’s shtritzlach.” And I had never heard of it in my life, and she said, “But hers is better.”

So we made hers, but I realized it still needed a little more butter to make it really good, so I changed the recipe slightly and it was delicious. Authentic it might not be, but it was very close to it. And that to me is really important.

The best part is that the two recipes I had for this came from women who lived in towns 30 miles apart in Poland. And I realized they both had religious families and left before World War II. When the Germans came in, the Jews, because of their clothes, were very visible and were wiped out immediately. I’ve often thought about wiped-out recipes.

For me, Passover [whose rules forbid leavened bread] is a time of year—talk about your origins—when you can try to go back before processed foods of the ’50s and look at some of these old recipes and have fun with them. A flourless chocolate cake is good all year round—it wasn’t something made for Passover. Same with the Persian cardamom cake and the hard-boiled eggs with spinach.

Shortly before my mother died, I came to visit her, and I brought with me my new book. And it’s heavy. I’d thought, should I bring it, should I not bring it? So I brought it. My mother looked at the book, she was so excited. She went through the book and said, “I love your book, it’s just amazing, and I hope you get some real attention from it.” And then she said, “And you started with my mother’s egg recipe with spinach.”

She didn’t have a great relationship with her mother, or she felt she didn’t, and she was trying to make up for it in later years, and she said, “Yes, it’s her recipe.”

She was saying it was a way for me to remember her mother. She didn’t know she was going to die the next day. And now I have to find that recipe.

And what is Passover? It’s memory.