The news came as a surprise to those following the nearly two-year-old legal fight between the Trump Organization and celebrity chef José Andrés, who was once supposed to open a high-profile restaurant in President Trump’s hotel in downtown Washington. The lawsuit between them was suddenly settled on Friday.

The question is, who blinked first? The chef who faced millions in damages from a breach-of-contract complaint after he backed out of his lease to open a restaurant in the Trump International Hotel? Or Donald Trump, the businessman who famously said that he never settles lawsuits (except when he does, as with the Trump University fraud cases)?

The settlement terms were not disclosed. No one would comment about the agreement, although both sides issued official releases that made it sound as if Andrés and Trump would soon be sharing beers at the Old Ebbitt Grill, no matter what their differences on immigrants.

“I am glad that we are able to put this matter behind us and move forward as friends,” said Donald Trump Jr., who runs the Trump Organization with his brother, Eric, while their father runs the country. “I am pleased that we were able to resolve our differences and move forward cooperatively, as friends,” Andrés said on behalf of his company, ThinkFoodGroup, which oversees such restaurants as Jaleo, Zaytinya and many more.

The dispute began after Andrés reneged on the restaurant deal in the summer of 2015. A naturalized U.S. citizen from Spain and a proud supporter of immigrants, Andrés took offense when then-candidate Trump railed against Mexican immigrants as drug dealers and rapists on the campaign trail. Trump sued the chef for $10 million for breach of contract.

Andrés countersued for $8 million, his company arguing that Trump’s campaign rhetoric made it next to impossible to hire Hispanic staff or to attract Hispanic patrons. Pressing to open his restaurant by the fall of 2016, before the general election, Trump built his own restaurant and signed BLT Prime and chef David Burke to operate it.

Opinions differ on who had the most motive to settle the lawsuits. Some thought that Trump, with his large ego and thin skin, would never surrender to an outspoken chef who campaigned for Hillary Clinton. But others suggested that the Trump Organization had everything to gain by settling.

“To me, there was no incentive for the chefs to settle on this at all,” said Doug Povich, a regulatory lawyer and owner of the Red Hook Lobster Pound food truck. “Clearly, the PR was more negative for the Trump Organization” to continue the lawsuits. 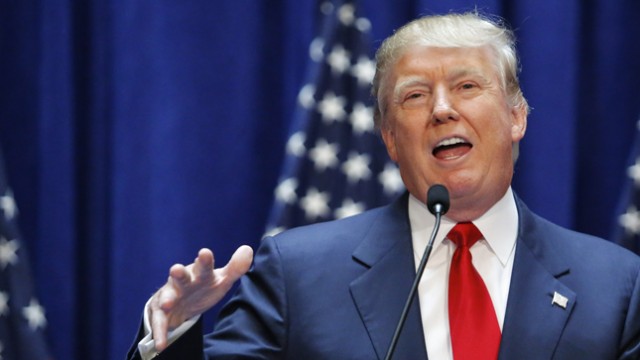 Besides, Povich pointed out, the Trump Organization had secured a replacement for Andrés’s planned $7 million restaurant by the time the hotel opened. It would be hard for team Trump to prove in court that it suffered significant revenue losses by swapping in BLT Prime for the Andrés concept.

Businessman and lobbyist Max Brown said that it behooved the Trump Organization to bury the hatchet with the prominent chef, or Trump executives would have a hard time securing restaurateurs for future hotel projects.

“They have every advantage to try to position themselves . . . as good business partners,” said Brown, who is chairman of the board of Events DC, Washington’s convention and sports authority.

Diane Gross, who co-owns Cork Wine Bar with her husband, Khalid Pitts, doesn’t think that the settlement will have much effect on their lawsuit against Trump and his D.C. hotel company. The couple alleges that Trump’s continued ownership of the property constitutes unfair competition, as event planners are lured to Trump’s hotel to curry favor with the president. “I think that José’s case and our case are very different,” she said.

But Gross wondered whether the settlement indicates that the Trump Organization now wants to be seen as a supportive member of the tightknit D.C. restaurant community, not an antagonist. If so, she said, “hopefully that would carry over to how they feel about” her case.

The Trump Organization, however, still has a lawsuit outstanding against another chef, Geoffrey Zakarian, who also pulled out of the hotel project after Trump’s comments about Mexican immigrants. The Trump Organization sued for $10 million in damages for breach of contract. The court has scheduled a May hearing and an August mediation session in that case.

So, is a settlement on the horizon between Trump and Zakarian, too? Neither the Trump Organization nor Zakarian’s attorney, Deborah Baum, would comment on the status of the case.