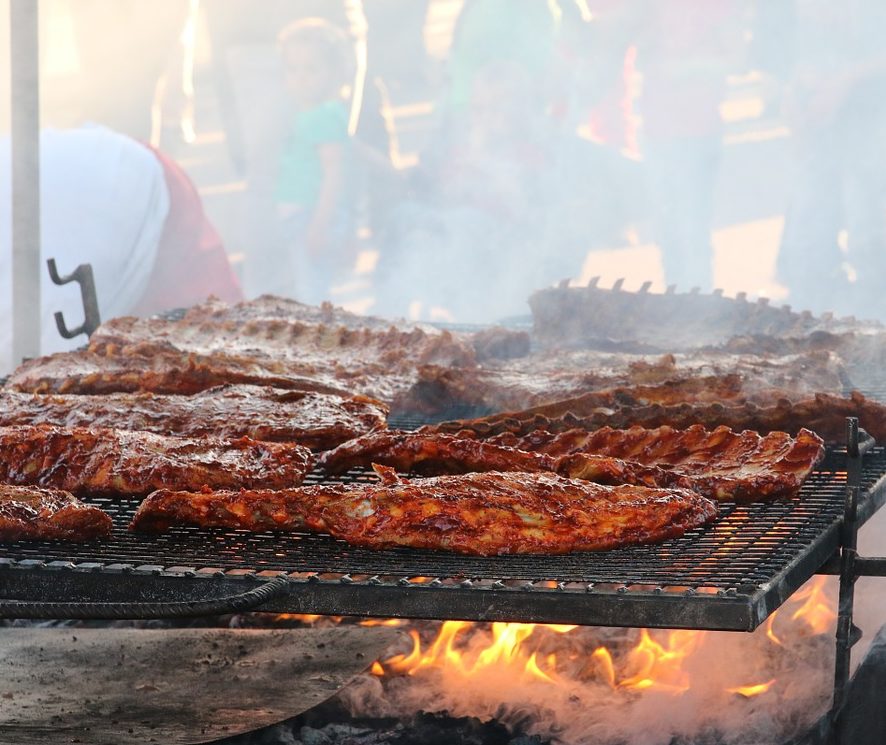 The smell of barbecue, ribs and brisket filled the air Friday as the 5th annual Hub City Hog Fest kicked off in downtown Spartanburg, SC.

Pitmasters from the Upstate and beyond parked their smokers along Church Street, vying for the opportunity to be declared the winner of the wing contest on Friday night and the ribs, pulled pork and brisket contest on Saturday.

Basting, smoking and preparation methods vary from pitmaster to pitmaster. Here’s what some of them had to say about the different ways to prep for the competition:

Mark Spurling of Florence with Smokin-n-Carolina: (Saturday) we’re going to enter pork barbecue and baby back ribs, and today was of course chicken (wings).

Gene A. Culbertson II of Trenton with Backwoods Bar-B-Que: We’re entering pulled pork, Boston butts and baby back ribs, which is what they gave us to cook.

Ashley Williams of Spartanburg with Old School BBQ: We’re going to have pulled pork and ribs. Today we have chicken.

Trey Alexander of Spartanburg with Dozed and B’qued: We’re doing butts, brisket and ribs. And we did the wing competition tonight. 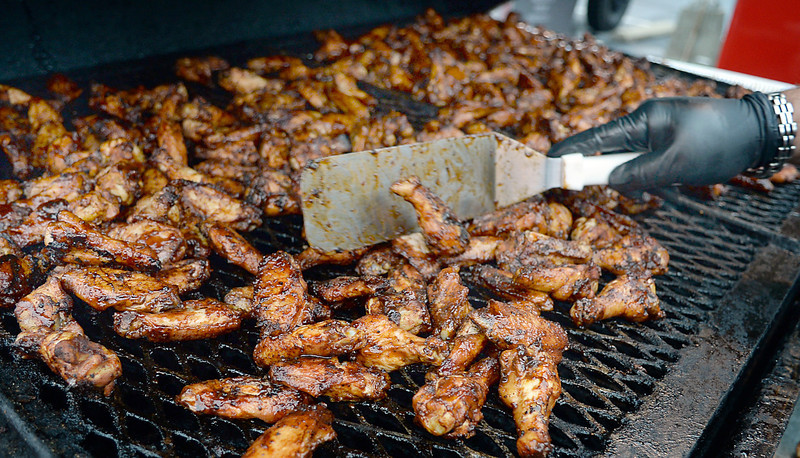 Spurling: We trim the butts and fix the ribs. We put our rubs on them and let them sit and rest for a little while. We cook on all wood, and we’re the only cooker that cooks on a rotisserie. We don’t use gas at all. We’ll cook for a period of time, wrap the butts up and put them back on for another period of time.

Culbertson: Once we get the pork, normally I trim most of the fat off mine and trim some of the membrane off it. I trim a lot of mine so I can get some good dry rubs on it. We inject it and put them in the refrigerator until it’s time to put it on the smoker. I usually put mine on around 9:30 p.m. and cook it until tomorrow morning, put the sauce on it, set the glaze and give it to the judges.

Williams: They started working with the meat today. He (Ashley’s husband, Termaine Williams, owner of Old School BBQ) has to season it and he puts some extra love in it. Basically, just making sure it has flavor. He’ll stay up all night long smoking it. He won’t go to sleep. He’ll stay up all night long babysitting the meat, making sure it’s tender, moist, juicy and has flavor.

Alexander: There have been lots of sleepless nights in prepping for this. Learning how to do everything, reading, watching YouTube videos. We season it with regular French’s mustard and then we rub it with a homemade rub and then we let it sit. Then there are a few more trade secrets, but we put it on a smoker for an hour and a half per pound until it’s reached an internal temperature of 205 degrees. We put it in a cooler and let it rest then shred it up.

Spurling: We can’t get into the recipe or how we do it. We don’t use store-bought sauce, but the closest thing to it is our sponsor Smokin’ Coals.

Culbertson: Everybody puts sauce on their meat when they turn it in. Dry rubs just don’t get it. We used to make our own sauce, but now you can pretty much buy the stuff. We tweak it a little, add a little water or apple juice or honey, because some of these sauces are a little strong.

Williams: My husband has his own special sauce that he takes a lot of pride in. It’s a tangy sauce. That’s how people usually describe it. He loves mustard-based sauce, so his sauce is usually mustardy and tangy.

Alexander: The rub itself doesn’t really have a base to it. It’s actually 37 spices. The key ingredient we put in ours is coffee. A lot of people don’t do it, but it’s something we found pulls the flavor out in the meat.