Beta-carotene is a red-orange pigment found in plants and fruits, especially carrots and colorful vegetables.

The name beta-carotene comes from the Greek “beta” and Latin “carota” (carrot). It is the yellow/orange pigment that gives vegetables and fruits their rich colors. H. Wachenroder crystallized beta-carotene from carrot roots in 1831, and came up with the name “carotene”.

The human body converts beta-carotene into vitamin A (retinol) – beta-carotene is a precursor of vitamin A. We need vitamin A for healthy skin and mucus membranes, our immune system, and good eye health and vision.

Beta-carotene in itself is not an essential nutrient, but vitamin A is. 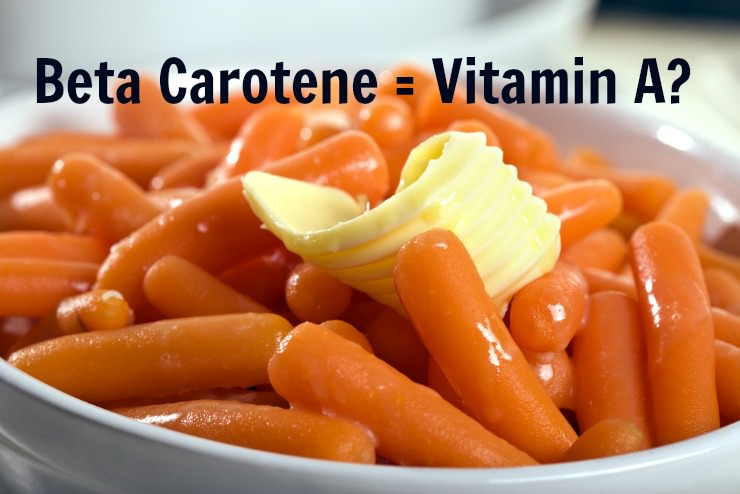 Here are some key points about beta-carotene. More detail and supporting information is in the main article.

Beta-carotene from food is a safe source of vitamin A

Vitamin A can be sourced from the food we eat, through beta-carotene, for example, or in supplement form. The advantage of dietary beta-carotene is that the body only converts as much as it needs.

Excess vitamin A is toxic. Toxic vitamin A levels can occur if you consume too many supplements.

Beta-carotene is an antioxidant

Beta-carotene, like all carotenoids, is an antioxidant. An antioxidant is a substance that inhibits the oxidation of other molecules; it protects the body from free radicals.

Several studies have shown that antioxidants through diet help people’s immune systems, protect against free radicals, and lower the risk of developing cancer and heart disease.

Some studies have suggested that those who consume at least four daily servings of beta-carotene rich fruits and/or vegetables have a lower risk of developing cancer or heart disease.

Which foods are rich in beta-carotene?

The following foods are rich in beta-carotene:

A French study involving adult females published in the Journal of the National Cancer Institute (September 2005 issue) found that smokers with high beta-carotene levels had a higher risk of lung cancer and other smoking-related cancers than other smokers. They also found that non-smokers with high beta-carotene intake had a lower risk of lung cancer.

They found that the risk of lung cancer over a ten-year period was:

Further research has suggested that the high intake among smokers is nearly always due to supplements, and not food intake.

Beta-carotene may slow down cognitive decline

Men who have been taking beta-carotene supplements for 15 or more years are considerably less likely to experience cognitive decline than other males, researchers from Harvard Medical School reported in Archives of Internal Medicine (November 2007 issue).

Oxidative stress is thought to be a key factor in cognitive decline, the researchers explained. Studies have shown that antioxidant supplements may help prevent the deterioration of cognition.

The researchers emphasized that there may have been other factors which contributed to the slower decline in cognitive abilities among the men in the beta-carotene group.

Drug interaction refers to a substance interfering in how a medication works, by either making it less effective, increasing its potency, or changing what it is supposed to do.

The following drugs may be affected by beta-carotene supplements:

The British Medical Journal published a report in March 2006 which showed that high blood beta-carotene levels compensate for some of the damage to the lungs caused by oxygen free radicals.