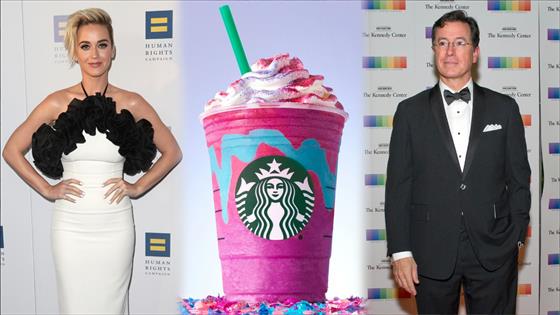 There is no denying the fact that the limited-edition Starbucks Unicorn Frappuccino has been on everyone’s social media feeds over the past few days. From beautifully colored Instagram posts to hilariously intense barista backlash videos, this sweet-then-sour beverage has everyone talking—celebrities included! Here’s a look at which celebrities enjoyed the magical mango mixture and which ones wished Starbucks would have stopped the trendy flavors at Pumpkin Spice Latte.

DRINK IT! While it seems the overwhelming response always comes back to how sugary the drink is, some celebrities actually don’t mind it!

Kathie Lee Gifford & Hoda Kotb: “It’s sweety-tart,” said Kathie Lee on the Today Show after testing the drink with co-host Hoda. Hoda followed up with a smile, “Oh my gosh. That’s really good!” Hoda tried the beverage again with the 8-o’clock-hour hosts and confirmed, “Oh, I like it!”

Savannah Guthrie“I don’t mind it,” said theToday Show host after taking her first taste of the buzz-worthy, new drink. The host known for her love of milkshakes set record straight though and said, “It’s not a milkshake, but it’s good.”

Carson Daly & Matt Lauer: When trying the drink live on-air, both Carson and Matt had the same thought: ice cream! After tasting the drink, Carson said, “I think it tastes like Sherbet ice cream.” While Matt thought the drink was a little too sweet, he agreed with his fellow host, “Tastes like a Creamsicle almost.” 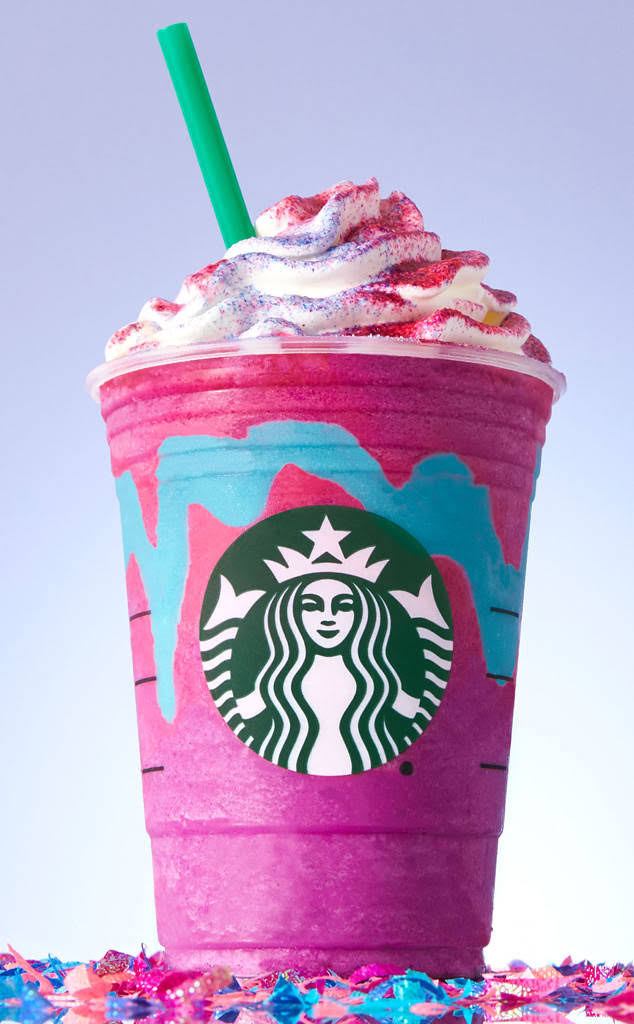 SINK IT! Starbucks claimed the Unicorn Frappuccino was made for Instagram over taste, and these celebrities would have to agree.

Katy Perry The pop singer known for her multi-color wigs, shared a video of herself trying the beverage on her Instagram story. Katy was seen spitting the drink out and captioned the video, “I couldn’t handle drinking my own blood.” 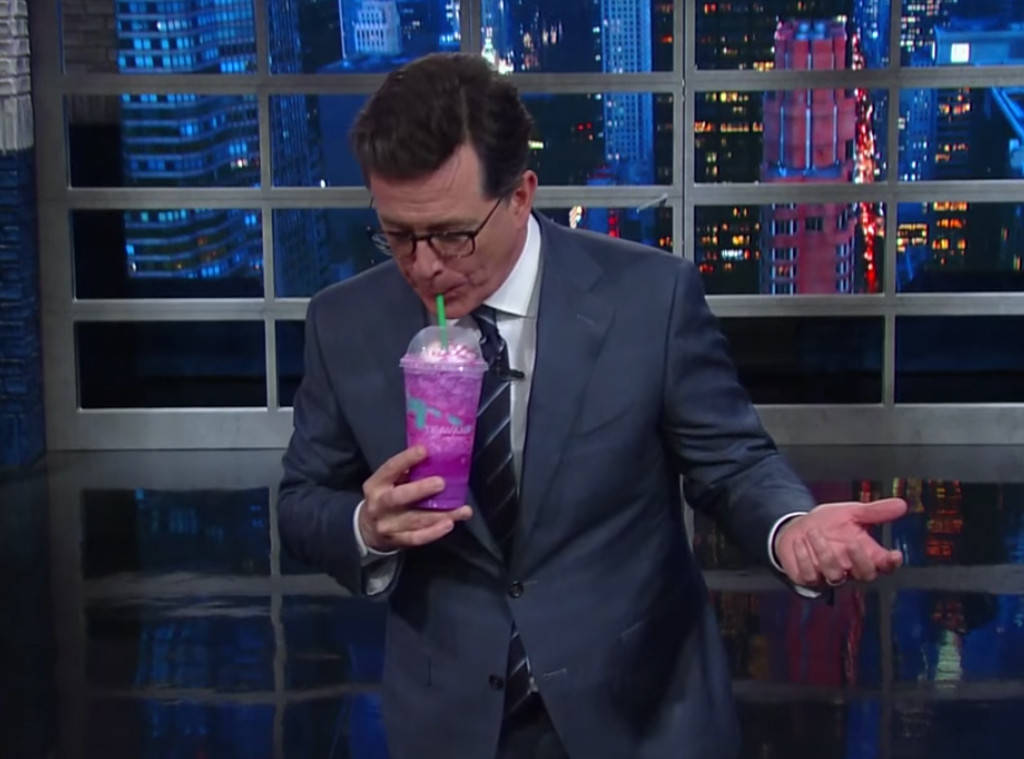 Stephen Colbert: The late-night talk host tried the raved about drink during his monologue. After taking one sip of his Venti-sized Unicorn Frappuccino, Stephen said, “Oh, I wish I was dead. Tastes like I just French kissed Tinkerbell.”

Al Roker: During a discussion surrounding the limited-edition drink on theToday Show, Al said he thought the Unicorn Frappuccino looked like somebody put a Smurf in a blender. Yikes!

Jimmy Kimmel While Jimmy didn’t give a personal review of the drink, he did take a few jabs at the concoction during his monologue on Jimmy Kimmy Live! In addition, Jimmy jokingly unveiled Starbucks next big trend, “The F–k-It-Ccino.” A clip showed “The F–k-It-Ccino,” a drink said to be made with premium coffee, cake batter, chocolate frosting, French fries, vodka and Lexapro. Mario Batali, Michael Symon, and Carla Hall: Celebrity chefs and hosts of ABC’s The Chew told People at the Can Do Awards what they thought of the drink that is topped with sour blue powder, and their thoughts did not come as a surprise at all. Mario joked, “The word ‘powder’ tells you a lot about that. I’ve been warned about powders all my life. Trying to stay off of them!” Carla, known for being fairly positive with her feedback said, “It sounds…sweet.” Michael, who is also an Iron Chef, simple stated, “No comment.” Overall, the culinary experts were not impressed.

Vanessa Bryant: The drink that has 59 grams of sugar (one gram less than six Krispy Kreme donuts), did not get great reviews from Kobe Bryant’s wife, Vanessa. She posted an Instagram of her drink next to it’s nutrition label and captioned it, “Just a few sips later…….#Notforme #NoThanks and it has #59gramsofsugar. I’d rather have a small iced drink that tastes GOOD instead of this trend.”