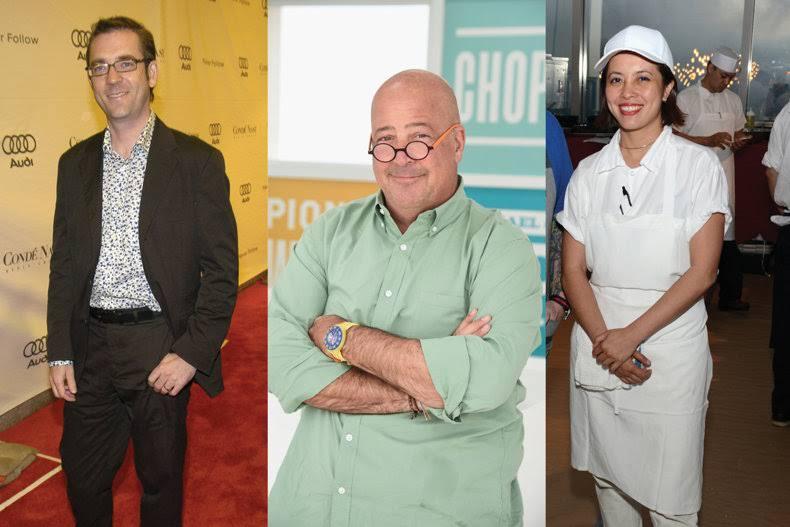 Figuring out what to avoid eating can be tricky, between news of food fraud, products packed with additives and the comings and goings of food fads. In the face of confusion, many people turn to celebrity chefs and food aficionados for their own major “don’ts” when it comes to navigating our food supply.

No Reservations host Anthony Bourdain, for instance, strongly advises against airplane food. “No one has ever felt better after eating plane food,” he told Bon Appetit. MasterChef’sinsult-slinging Gordon Ramsay agrees. “There’s no f—ing way I eat on planes,” he told Refinery 29.

What else is off the table? trusted authorities of the culinary world was asked to share their opinions on the foods you should never, ever eat. In the process, they may have trash-talked some of your favorites.

A veteran food competition regular, Chopped host Ted Allen has sampled pigeon brain on the half-skull and the occasional eyeball for his job, but his list of no-nos is much more mundane: “the disgusting, heavily processed junk that occupies most of the center of the supermarket.” Allen finds it’s best to compare labels when browsing for jarred sauces and canned soups. Though he enjoys his “vices” — beer, American cheese sandwiches and sour cream and onion chips — he says he has to draw the line somewhere.

“People should not eat frozen pizza. Ever. It’s terrible,” he says of the beloved late-night standby. “All of it’s awful, just packed with the lowest quality ingredients, lousy sauces, and they’re overpriced for what they are. It’s not a good product. There’s so much sodium, so many calories and artificial crap and preservatives.”

Can’t wait for delivery? Allen has you covered.

“The next time you order, order an extra one and freeze it in Ziploc bags,” he says. “Throw them in the oven for seven minutes. It’s faster than Totino’s or Tony’s or any of those ridiculous pizzas.”

Another thing: the perils of the supermarket may not be where you expect them to be. “I think there’s a lot of evil in the cereal aisle, and they’re trying to get your kids with lots of artificial colors, artificial flavors, and tons and tons of sugar.”

Sweetened cereal was also a hard pass for Andrew Zimmern, the globe-trotting Bizarre Foods host who would never rule out eating a bat (a delicacy in several regions.) “Someone sees me eating wild seafood in a far-flung island nation, but the processed meats on your deli shelf are probably worse for you than anything I eat,” he says. One of his other gripes? Juice drinks marketed as health beverages in stores.

“Every time you turn around, there’s an apple juice bottle or, even worse, the refrigerated area where there’s bottles of Naked Juice and some of those other companies. It’s walls of drinks, and it’s not just juice in there,” he says. “Certain juices can be helpful, but some have 45 grams of sugar per portion. They’re more like kiddie milkshakes being sold as nutritionally balanced products, and it’s very difficult for us as consumers to make sense of them. People say, ‘Oh, it’s vegetables and fruits and yogurt.’ No, it’s not.”

Want to satisfy your cravings? Go for a whole piece of fruit. Zimmern also argues against added sugar, or as he calls it, “one of the deadliest drugs we have in America.”

“People shouldn’t have sugar in liquid form, whether it’s high fructose corn syrup or an insidious additive. If you choose to eat it, do so at your own peril,” he says. “If I could do one thing to improve the food health of the world, it would be to eliminate sugar from our consciousness.”

Mission Chinese Food’s visionary executive chef Angela Dimayuga made a name for herself by steering the New York City destination for Sichuan cuisine into truly imaginative territory with an arsenal of exciting flavor combinations like cumin-rubbed lamb ribs with fennel candy. A healthy eater, the restaurant partner would never judge anyone for a fast food dalliance or an airplane meal when the situation calls for it.

“I don’t think you should try certain foods because you think you’re supposed to. If you go to Thailand or Mexico, you shouldn’t eat crickets in the touristy area,” says the chef, who passed on the Bangkok offering until seven years later when she tasted the insects swirled around in a satisfying Mexico City taco. “It’s annoying when people eat crickets out of context as a gimmick because they lose the opportunity to actually enjoy them on a taco or as a garnish when they taste much better. Eating a cricket for squeamish selfies just deteriorates the whole essence of why the food exists.”

“I think things like the water jelly make me think of food as a commodity. It brings food to this level I’m not comfortable with,” she says. “People eat it just because it’s Instagrammable, and they can say ‘I’ve done it,’ when they’ve actually just done the opposite. You don’t actually get joy out of stunt food items.”

With that in mind, she advises, go for the foods you really crave.