Those were just some of the selling points for Fyre Festival, a supposedly opulent music weekend that was scheduled to begin in the Bahamas on Thursday, with “first-class culinary experiences and a luxury atmosphere,” along with performances by G.O.O.D. Music, Major Lazer, Migos and more.

Promoted by Instagram influencers including Kendall Jenner, Bella Hadid and Emily Ratajkowski as a never-before-seen V.I.P. event, the gathering — with weekend ticket packages starting around $1,200 and topping six-figures with extras — was supposed to compete in an increasingly elaborate landscape of boutique music festivals that have sprung up in the wake of Coachella.

But when guests arrived on the island of Great Exuma for the inaugural weekend, they found something closer to “Survivor”: grounds that were woefully lacking in the promised amenities, replaced instead by dirt fields, soggy tents and folding chairs.

On social media, where Fyre Festival had been sold as a selfie-taker’s paradise, accounts showed none of the aspirational A-lister excesses, with only sad sandwiches and free alcohol to placate the restless crowds. General disappointment soon turned to near-panic as the festival was canceled and attendees attempted to flee back to the mainland of Florida. 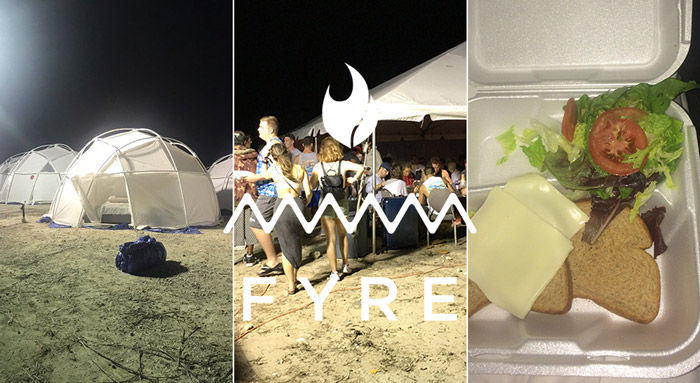 “Not one thing that was promised on the website was delivered,” said Shivi Kumar, 33, who works in technology sales in New York, and came with a handful of friends expecting the deluxe “lodge” package for which they had paid $3,500: four king size beds and a chic living room lounge. Instead Ms. Kumar and her crew were directed to a tent encampment. Some tents had beds, but some were still unfurnished. Directed by a festival employee to “grab a tent,” attendees started running, she said.

“People were stealing beds out of other tents, ” she said. “It was just chaos. Nobody ever came in to check us in to our accommodations, if you can call it that, so they had no idea who was there and who wasn’t.”

Ms. Kumar, who arrived Thursday evening, couldn’t get much sleep. “The tents didn’t have any locks, the beds were damp, the blankets were soaked,” from a storm the night before, she said. 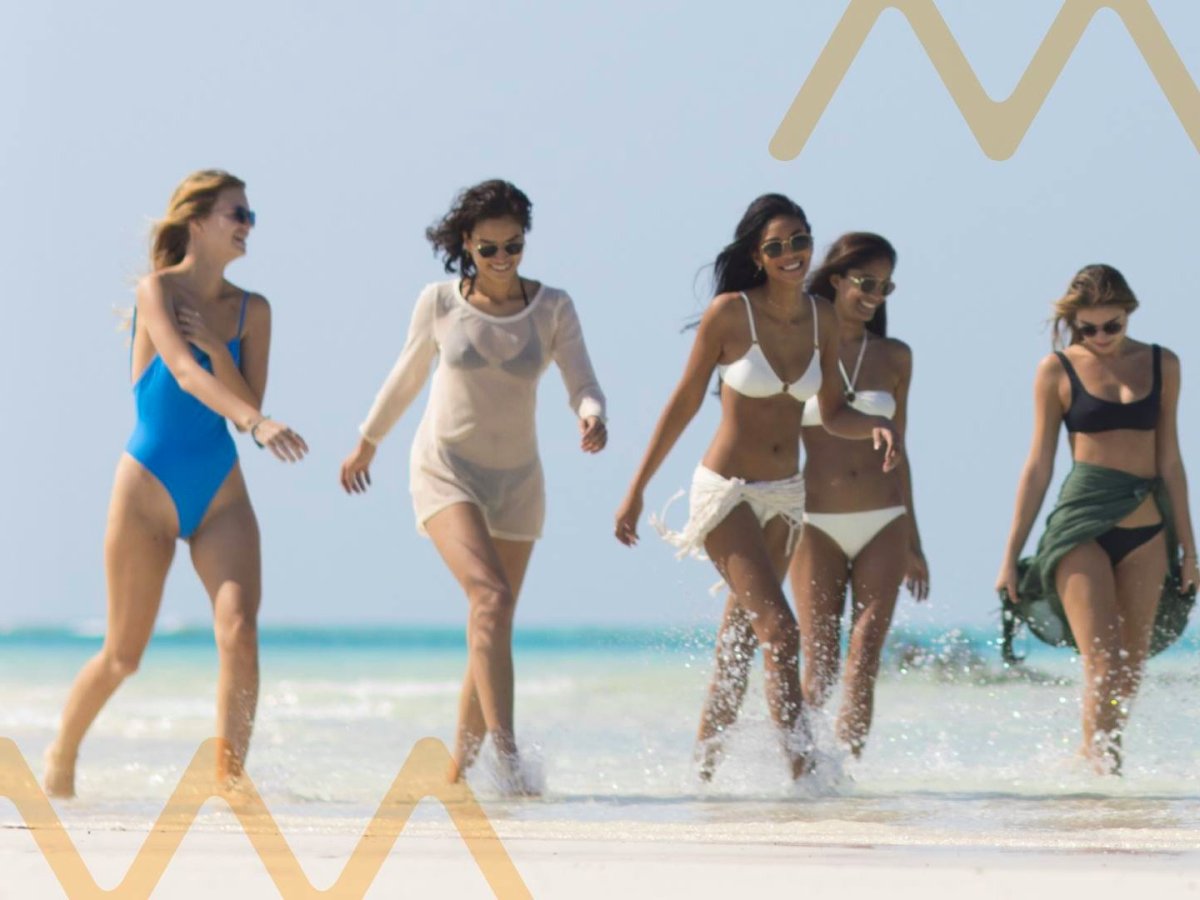 At one point in the evening, Ms. Kumar said, staff members dumped a bunch of unopened containers — like “Amazon shipment boxes” — at the site, and instructed concertgoers to rifle through them for anything that was missing from their tents. “It was everything from, like, bongos to floaties to sleeping bags,” she said.

On Friday, Ms. Kumar and her friends managed to get a room at a hotel, hitching a ride from a local. Taxis were hard to come by, in part because the festival had promoted itself as a cashless event, asking attendees to upload funds to digital wristbands instead. So people were stranded without money.

By Friday morning, the festival, founded by the rapper Ja Rule and the tech entrepreneur Billy McFarland, was in damage-control mode. “Fyre Festival set out to provide a once-in-a-lifetime musical experience,” the organizers said in a statement. “Due to circumstances out of our control, the physical infrastructure was not in place on time and we are unable to fulfill on that vision safely and enjoyably for our guests.” (A second weekend, planned to start May 5, was also scrapped.) 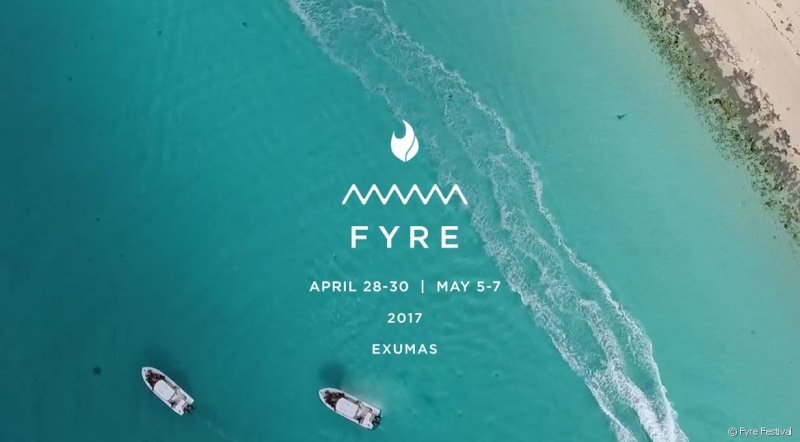 “We are working to place everyone on complimentary charters back to Miami today,” they added. “We ask for everyone’s patience and cooperation during this difficult time, as we work as quickly and safely as we can to remedy this unforeseeable situation.”

In an interview, Mr. McFarland, 25, called Friday “the hardest day of my life.” He said the idea for the event had come to him last summer, after he and Ja Rule were forced to make an emergency landing in the Bahamas during a flying lesson in a “small, old plane.” A social-media-fueled musical festival there, Mr. McFarland hoped, would combine three of his biggest passions: internet programming, the ocean and rap music.

But the pair soon discovered logistical hurdles, including a lack of proper water systems and transportation. “There wasn’t the infrastructure we needed. We attempted to build a city out of nothing,” Mr. McFarland said. “Neither of us had developed an island or a festival before.”

Still, after a few months of planning — including adding sewage piping and buying an ambulance in New Jersey and shipping it to the island — the organizers thought they were ready for the crowds until the storm on Thursday morning washed away some of what they had built.

“Our mistake was trying to own all of it in-house,” said Mr. McFarland, who is also the founder of Magnises, an exclusive members-only benefits card for upwardly mobile millennials. “We were in over our heads.”

All customers for both weekends will be fully refunded, Mr. McFarland added. “ I definitely underestimated the challenges and the manpower we needed.”

Ja Rule, who was performing in Chicago on Thursday night, posted a note to Twitter on Friday emphasizing that he was “heartbroken” about the turn of events and insisting that Fyre Festival was not meant to be “a scam.” He added, “I truly apologize as this is NOT MY FAULT… but I’m taking responsibility.” (The rapper also deleted a number of posts that hyped the event from his Instagram page.)

The Bahamas Ministry of Tourism expressed its dismay in a statement on Friday, citing the festival’s “disorganization and chaos.” It continued: “ We offer a heartfelt apology to all who traveled to our country for this event.”

The reality of the festival was a far cry from what was sold in a series of glamorous Instagram posts and other promotional material.

Attendees were told they could “start each day with morning yoga and guided meditation on the beach,” while also enjoying “massages, henna tattooing, sound healing, chill-out sessions and a festive Bahamian junkanoo parade kicking off each weekend.” Descriptions of the food options pledged “a uniquely authentic island cuisine experience,” with “local seafood, Bahamian-style sushi and even a pig roast.”

There were, however, some earlier indications that the festival may not have been ready. The Wall Street Journal reported this month that some artists had not yet been paid in accordance with their contracts, while guests — up to 7,000 people were expected — complained of a concierge service that was slow to make contact.

But Mr. McFarland is not giving up on his dream of a top-tier, beachfront concert weekend. Fyre Festival, he said, would be reborn next May on a beach in the United States with one key difference: “The festival will be fully free for everybody who wants to attend.”