Trump brags about eating fast food. Michelle Obama planted a vegetable garden at the White House. Now it seems the President is quietly trying to overtake the former First Lady’s vision for the future of food in America.

Michelle Obama had a strikingly successful record of fighting the obesity epidemic and improving nutrition — both symbolically and through advocacy for legislation. But many Obama-era efforts to push the food industry in a healthier direction are now under threat.

Over the last couple of weeks, a number of reports have surfaced suggesting that the food industry is trying to capitalize on Trump’s anti-regulation agenda and push back on reforms aimed at making our food supply healthier. The food lobbyists, emboldened by the current White House, are reportedly pushing back on recent healthy food and transparency mandates that would hurt their bottom line. 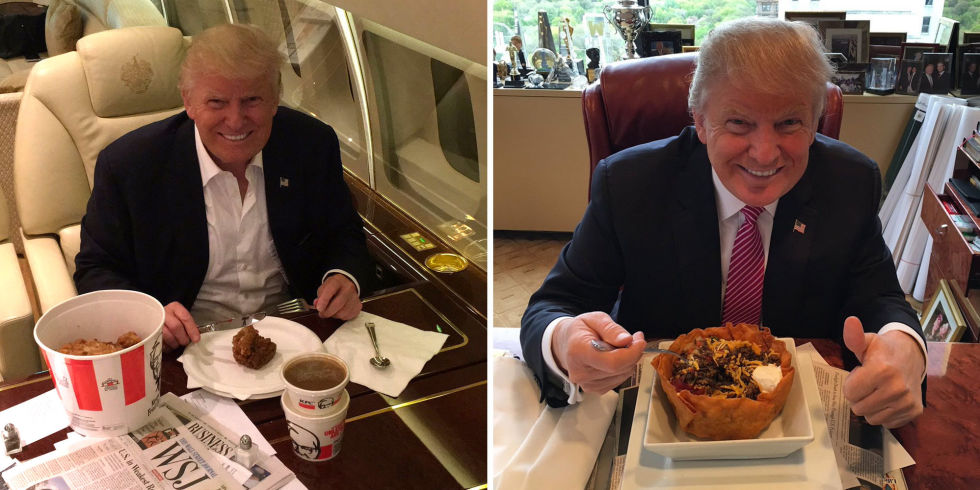 Some of the key battlegrounds — school lunches, food and menu labels — are familiar terrain for anybody who has been watching the efforts to clean up the US food supply. Here’s a quick rundown of what’s been happening, and the top three areas to watch.

The Healthy, Hunger-Free Kids Act of 2010 centered on cleaning up school food. Getting the act passed became a key focus of Michelle Obama’s Let’s Move campaign to fight childhood obesity.

Now, the new USDA Chief, Sonny Perdue, is expected to put forward a new rule on Monday that will give schools “more flexibility in meeting federal nutrition standards for school lunches,” according to a new report in The Hill.

The law required the federal government to use recommendations from the Institute of Medicine to make the National School Lunch Program more nutritious, with more whole grains, a wider variety of fruits and vegetables, and less sodium and meat.

The law also mandated that schools stop marketing the fat-, sugar-, and salt-laden snacks — like sugary beverages and chocolate bars — in cafeterias and vending machines and replace those offerings with lower-calorie and more nutritious alternatives like fruit cups and granola bars. Finally, it made it possible for schools whose students have high poverty rates to provide free breakfasts in addition to lunches, without requiring paperwork on whether individual students meet certain poverty criteria.

The Freedom Caucus had already targeted the effort, saying “the regulations have proven to be burdensome and unworkable for schools to implement.” And it recommended that the new nutrition standards for the National School Lunch and Breakfast Programs be repealed.

It’s still unclear what the USDA’s loosening of standards will mean in practice. But health advocates were hopeful that easing up on regulation won’t completely undo the Obama-era reforms.

The American Heart Association’s CEO, Nancy Brown, pointed out that nearly all US schools are already meeting the new school nutrition standards. The majority of parents also support the legislation. “Improving children’s health should be a top priority for the USDA, and serving more nutritious foods in schools is a clear-cut way to accomplish this goal,” Brown said in a public statement.

2) The new nutrition labels may be delayed a few years

Also under target are the new Nutrition Facts labels, which were scheduled to appear on millions of food packages by July 2018.

The labels, another effort championed by Michelle Obama, were supposed to give consumers long-sought-after information about added sugars — data that health advocates had pressed the food and beverage industry to provide for decades. They’d also list nutrition information about serving sizes in portions that more accurately reflect how much people eat — in a clearer, more easy to decipher manner.

But according to a report from the Washington Post’s Caitlin Dewey, 17 food industry groups — including those behind the juice, dairy, and sweetener industries — have come together to ask HHS Secretary Tom Price to push the compliance date of the new labels back by three years, to 2021.

Their argument? Delaying the mandate will “ease [the] regulatory burden on the economy.” This is no doubt an argument that the Trump administration will understand, and it seems plausible that the long-awaited labeling mandate could be delayed or worse.

Tucked away in the Affordable Care Act were sections of the law that require all restaurants, supermarkets, and convenience store chains to post calorie counts on their menus. The requirements were supposed to take effect on May 5 — but they may be delayed, too.

The rules were originally going to be enacted in 2015, and then 2016 — but every deadline has been pushed back so far. Food and restaurant industry groups have lobbied heavily against the requirements, arguing they’re unduly burdensome and costly to implement, and that they need more time to comply.

Now, the Food and Drug Administration submitted paperwork to the White House Office of Management and Budget that will likely push back the May 5 deadline. Stakeholders who called for the labeling requirement, such as the Center for Science in the Public Interest, think this means the deadline is again in jeopardy.

Even so, this is another area where society has moved ahead of the legislation. Many food chains and restaurants — Starbucks, McDonald’s — already post calories on their menus. And delaying the menu labeling mandate won’t undo the progress that’s already underway.

The FLOTUS efforts that can’t be undone

Some of the most important aspects of Michelle Obama’s childhood obesity efforts were symbolic. In addition to her leadership and behind-the-scenes maneuvering on legislation, the first lady managed to influence food policy and eating habits through her actions — giving America’s food movement a much-needed boost.

Look no further than the White House Kitchen Garden for evidence of that. In 2009, she planted the garden — the first at the residence since Eleanor Roosevelt’s victory garden — to promote the benefits of fresh and local produce and get children to appreciate where their food comes from.

Trump hasn’t said what he’ll do with the garden, but already Obama’s move has inspired others to grow their own food. “We saw homegrown vegetable gardens double in the five years after we planted [the White House garden], and community gardens triple,” said Sam Kass, the former White House assistant chef whom Michelle Obama hired to be a nutrition policy adviser and executive director of Let’s Move. “The National Garden Association credits her for that uptick.” 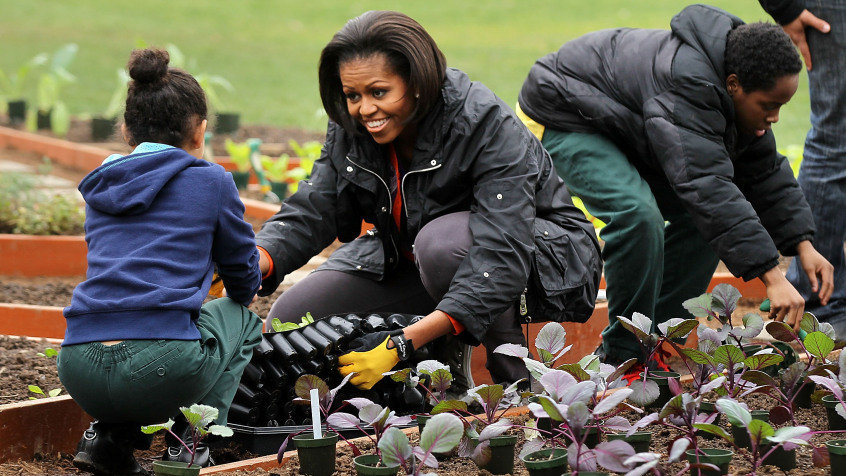 Obama championed healthy living and exercise on venues as diverse as Ellenand Elmo. She also worked with the food industry to remove calories from the food supply, increase transparency in labeling, and create and market healthier food choices for families — efforts that have already had an impact and will continue after the Obama White House.

The Partnership for a Healthier America, which launched in conjunction with (but independent from) the Let’s Move campaign, helped get food companies — such as PepsiCo, Coca-Cola, and General Mills — to commit to cutting calories from their foods. At the latest count in April, it had already removed 6.4 trillion calories (or 78 calories per person) by reformulating products and shrinking serving sizes.

Another milestone came in June 2015, when the FDA banned trans fats from the food supply within three years. The policy brought the US in line with other countries that have already banned these processed unsaturated fats, which increase the risk for heart attacks and strokes, including Denmark, Austria, Iceland, and Switzerland.

It’s difficult to imagine food companies packing calories and trans fat back into their products at a time when American consumers are demanding healthier options. And that’s momentum that won’t die.

“Most of the work we’ve done,” Kass said, “is bigger than any one person or bigger than the White House.”