If you’ve ever dreamed of quitting your job to travel the world and gorge on meals of a lifetime, you’ll be excited to know that getting to do just that could actually beyour job. That’s because the Michelin Guide— a series of guidebooks published by the French tire company famous for its annual star ratings of the world’s best restaurants — is currently hiring new “inspectors,” who’ll be tasked with dining out at the finest restaurants in North America all year long. 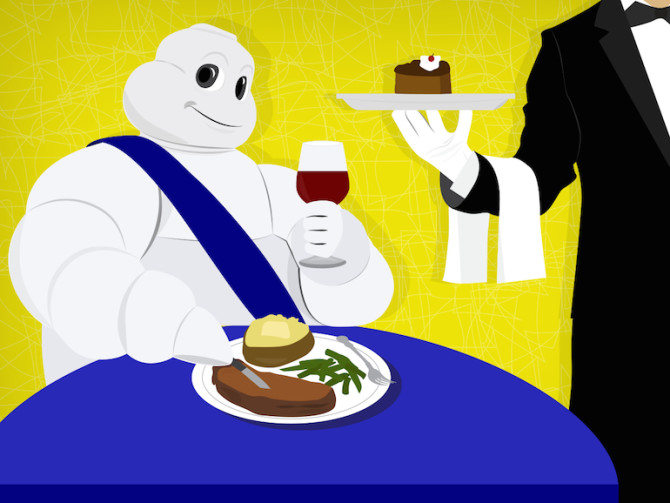 The gig, which will require the incredibly arduous task of eating at least 275 meals in restaurants per year and extensive travel (whoever’s hired will be on the road up to three weeks a month), isn’t necessarily open to everyone. In fact, they’re looking for candidates with 10-plus years experience (no, “eating food” doesn’t count) in the hotel, restaurant, or other relevant industry. Prospective applicants should also have “extensive international knowledge of ingredients, culinary techniques, cuisines, and culinary fundamentals.” In an interview with CNN, the editor for the Michelin Guide for Great Britain and Ireland explained that “the ideal candidate is preferably a chef, but we also have some managers, some people that have focused on wine.”

Besides schlepping around stuffing your face, the job will also involve writing a detailed report for each meal and publishing a social media post about your experience (any of you Foodstagrammers looking for a new gig?). Inspectors are also expected to remain strictly anonymous while working, so as not to tip off any front- or back-of-house staff and subsequently receive special treatment. In short, it’s all about assuming the role of one of the culinary world’s most formidable spies.

There are no official details on what you’d get paid for the gig (cost of meals and travel is obviously covered), though a former Inspector revealed in a 2004 interview with The Guardian that the salary is comparable to that of a grade school teacher’s. That may seem meager, but consider the fact that most of us would be paying out the wazoo for the opportunity to chow down at just one Michelin-starred restaurant, and that’s not a bad deal at all.