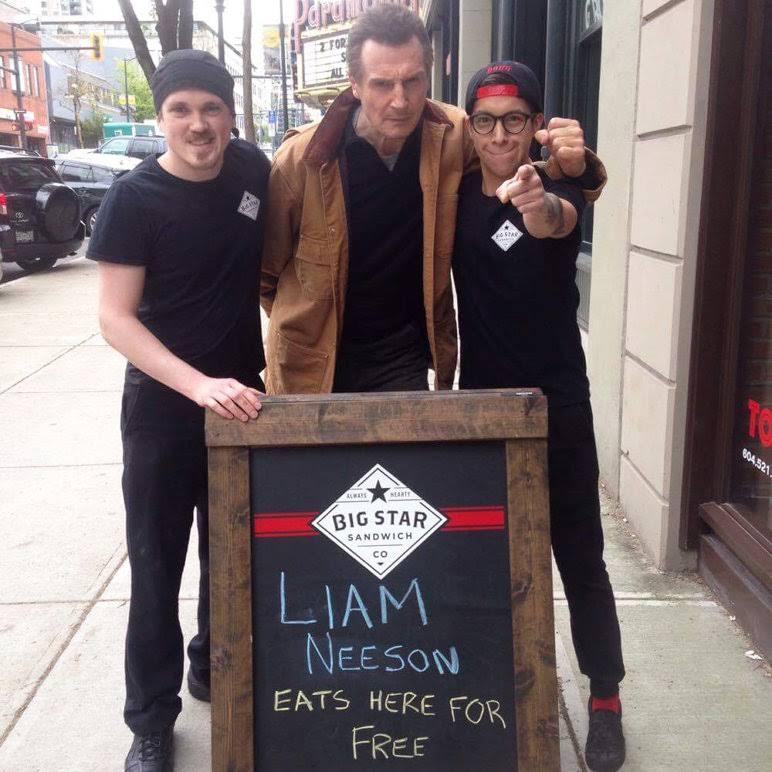 Here’s an important lesson for autograph seekers everywhere, even celebrities can be tempted by free food. A café in New Westminster, not far from Vancouver, discovered the strength in this strategy when it put a chalkboard sign out front that read “Liam Neeson Eats Here for Free” and employees scored photo ops with the famous actor.

Granted, the staff at Big Star Sandwich Company had a couple important factors going in their favor. The eatery had been tipped off that Neeson was in the neighborhood on Tuesday shooting a movie called Hard Powder, and members of the film shoot had been spotted in the café. Still, the fact that the actor decided to drop in based on the musings of a ubiquitous chalkboard sign is pretty cool. “We absolutely did not think he’d actually show up,” Alex Johrden, the restaurant’s director of operations, told the Huffington Post. “We’re not sure how he saw the sign…. We assume he heard it through the production crew, who had been in and out all day.” 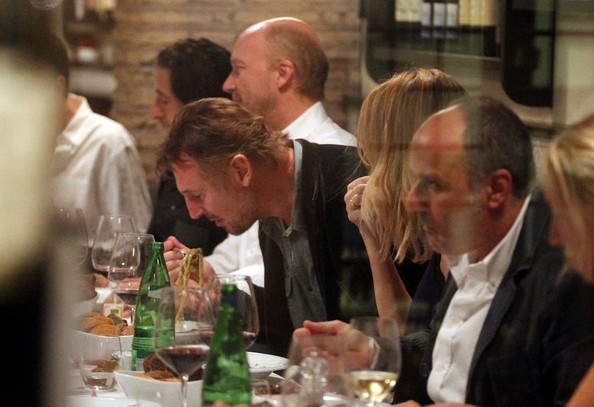 However, this happy tale has an unfortunate aside. The sign was put up by Big Star manager and huge Neeson fan Matt Pruim at 11 am in the morning. So by the time Neeson actually showed up at 6:30 pm, Pruim was gone for the day, meaning he missed seeing the actor’s inspired performance. “Liam said, ‘Where’s my free sandwich?’ in his intimidating voice,” Johrden told KWQC. Turns out the actor didn’t even have time to eat, though. Instead, he opted for photos with two of the shop’s other employees posing outside with the chalkboard.

Meanwhile, Pruim has to be pretty upset about missing out on all the fun. “Matt is a super fan,” Johrden told Today. “He has his finger on the pulse of what’s filming here.” Maybe for his next sign, Pruim can try writing “Liam Neeson Gets Me a Small Role in Taken 4”? He might as well try; his strategy has worked 100 percent of the time so far.