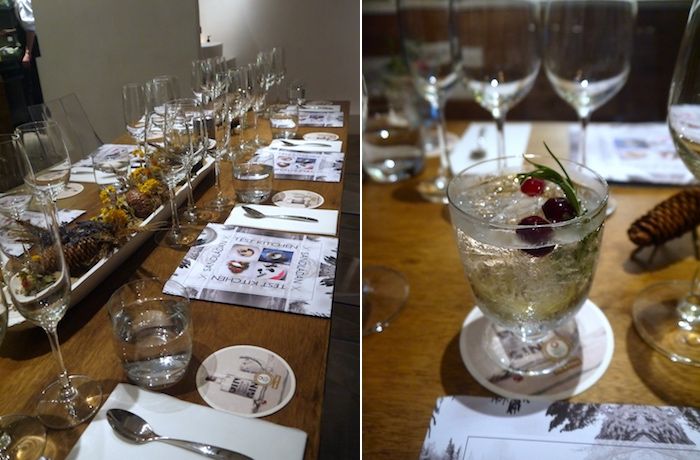 Pop-ups have taken the culinary world by storm in recent years, allowing chefs of repute to bring their unique experience and talent to shine in someone else’s kitchen.

Whether it’s a winter jaunt to warmer climes and fresh local produce, a one-night-only appearance or a week-long residency aboard a culinary cruise, there’s no shortage of ways to catch the likes of Malcolm Lee, Chele Gonzalez and Hugh Acheson on the go.
Here are 10 tasty ways to take your palate on the road and join them. 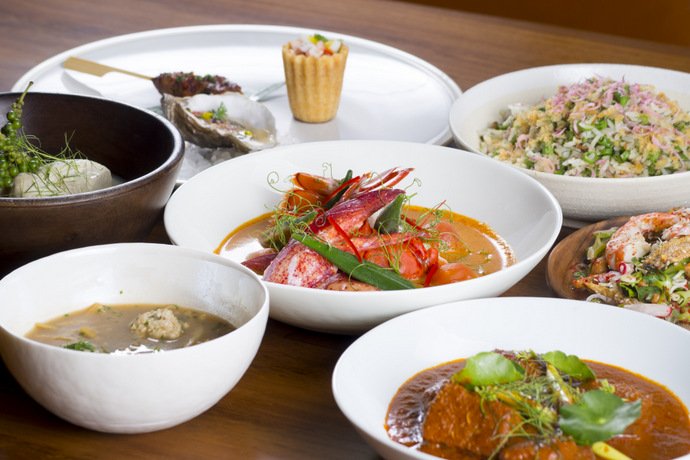 Chef Malcolm Lee normally plies his trade at Singapore’s Candlenut, a stylish conversion of a heritage building and home to the world’s only Michelin-starred Peranakan restaurant.
Peranakan cuisine and culture — from the descendants of (mainly) Chinese immigrants to the Malay Archipelago — is being celebrated at The Asia Society in New York from March 7 to June 4.
Diners can expect dishes including “YeYe” coconut chicken curry with kaffir lime leaf, octopus with a pineapple achar pickle or creamy coconut panna cotta with pandan jelly.
Asia Society and Museum, Garden Court Café, 725 Park Ave, New York, NY 10021; +1 212 570-5202

Top global chefs including Emma Bengtsson from Aquavit in New York and Suzette Gresham fromAcquarelloin San Francisco are heading to warmer climes, notably Mexico, for a series of pop-up dinners with the Iberostar group of hotels.
The nine chefs involved boast no fewer than 14 Michelin stars across a variety of cuisines between them, meaning lucky diners in Iberostar properties get to sample some of their most renowned signature dishes.
As an example of what can be expected, the young Danish chef Ronny Emborg, who normally wows diners atAterain New York, is serving beautifully plated razor clam and beets with horseradish or beef with broccoli, wasabi and smoked bone marrow sauce.
Iberostar Chefs on Tour is taking place at Iberostar hotels in Mexico, Dominican Republic, Jamaica and Cuba until July 2017.

To mark the 20th anniversary of the Guggenheim Museum in the Basque city of Bilbao, four of the world’s most celebrated international chefs are joining forces for a series of “four hands'”dinners.
That means that each chef — Bruno Oteiza (Biko), Joan Roca (El Celler de Can Roca), Mauro Colagreco (Mirazur) and Virgilio Martinez (Central) — works in tandem with Josean Alija, the chef of the Michelin-starredNeruarestaurant in the Guggenheim.
The ongoing series, which kicked off in February and closes in September, promises serious 12-course gourmet experiences along with conferences about gastronomic culture featuring the culinary masters as part of the Toparte program within the Guggenheim auditorium.
Nerua Guggenheim Bilbao, Abandoibarra Avenue, 2, Bilbao, Spain; +34 94 400 04 30 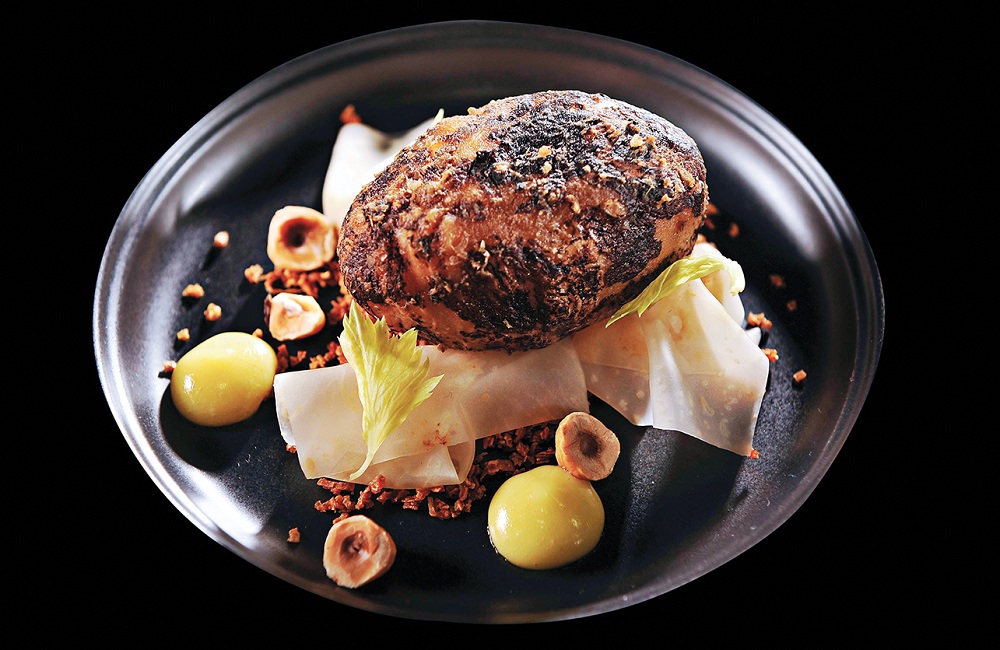 “Sparkling 10” brings together heavyweight global culinary talent including Gaetan Evrard from L’Evidence in France, Norbert Niederkofler from Italy’s Restaurant St Hubertus, Kirika Oi from Manila’s NOBU and Ryan Clift from Singapore’s Tippling Club to mark the 10th anniversary of Altira Macau.
The pop-up dining series, which runs throughout May, covers a world of cuisines from Japanese-Peruvian to classic Cantonese, modern European to perfectly-plated classic French fine dining.
Available at both lunch and dinner for four or five-day residencies, the guest chefs are accompanied by some of the world’s most renowned mixologists to ensure that the quality of drinks match the plates.
Altira, Avenida de Kwong Tung, Macau; +853 2886 8866 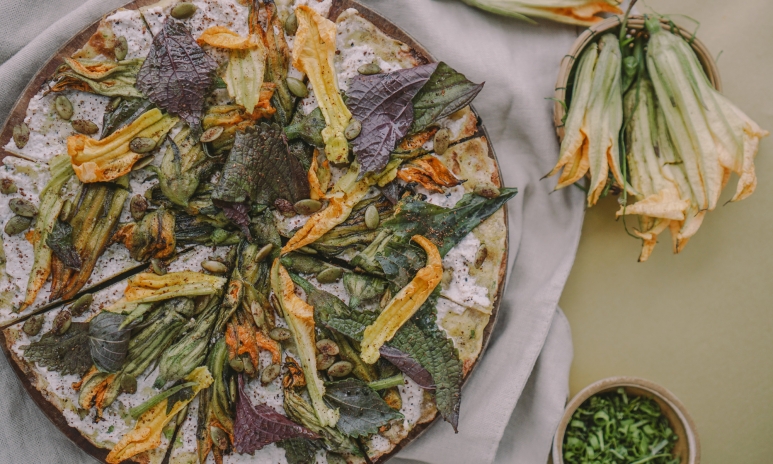 Talking of James Beard, chef Hugh Acheson, a winner of multiple honors from the ‘Oscars of the food world’, will be cooking for guests aboard a unique food cruise from Dublin to Lisbon.
The 10-night trip takes in Irish oyster farms, the Cognac regions and the chance to sample port in Porto. The 106 suite Windstar Legend can even navigate the Garonne River to take guests to visit the vineyards of France’s renowned Médoc region, before dinner in a chateau.
Chef, author and restaurateur Acheson is preparing signature dishes daily and hosting cooking demonstrations, while oenophiles get in on the action with tastings hosted by sommelier Steven Grubbs.
The James Beard Foundation Epicurean Explorations of France, Spain and Portugal sets sail on August 15, 2017.
9. Collaboration dining at Amber, Hong Kong
At Hong Kong’s Landmark Mandarin Oriental, two Michelin-starred Culinary Director Richard Ekkebus is a regular host to some of the world’s most exciting and renowned chefs in a series of ‘four hands dinners’.
That has meant names like Spain’s legendary Ferran Adrià and the Korean-American three-starred chef Corey Lee, but the next iteration looks south to Australia and the chef-patron of Brae restaurant, Dan Hunter.
Hunter is cooking in Hong Kong for the first time in June, taking diners on a gastronomic journey of his “clean, green, delicious, concise” cuisine. His restaurant outside Melbourne sits in 30 acres of organic gardens and orchards, but there will be no shortage of sustainable produce in his menu in the Asian city.
Amber, 7/F, The Landmark Mandarin Oriental, The Landmark, 15 Queen’s Road Central, Hong Kong; +852 2132 006