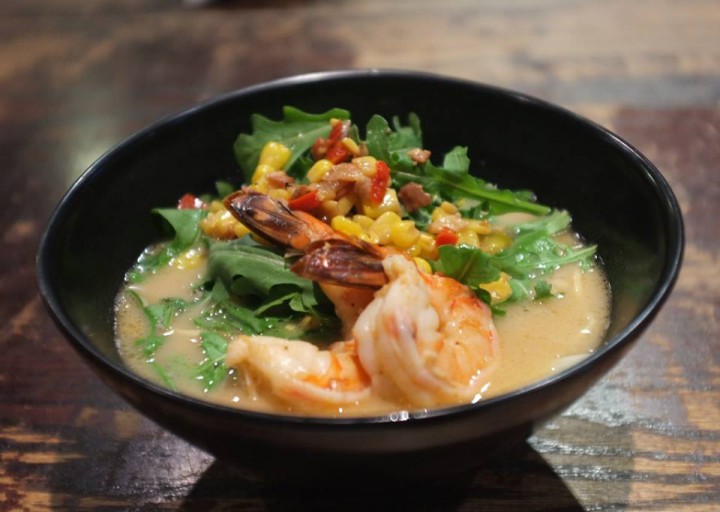 Ippudo, the ramen chain that’s drawn long lines in New York City ever since it opened in 2008, has major expansion plans in store for America. According to Bloomberg, the brand “is targeting the U.S. in a global push,” thanks to funds raised from a recent IPO and a U.S. partnership with panda Restaurant inc. , which (no surprise here) operates the popular fast-food chain Panda Express. The chain had already express plans to expand to San Francisco and Berkeley, and now confirms it has three more locations in store for New York City. Any other U.S. cities on Ippudo’s expansion list, however, are still unknown.

Ippudo was one of the most high-profile Tokyo-based ramen shops to expand to the U.S., but nearly 10 years after it made its stateside debut, the market has grown. In the Pacific Northwest, mid-sized Japanese chains like Kukai and Marukin have opened multiple outposts in Seattle and Portland. Los Angeles has welcomed Fukuoka-based brands Tatsunoya and Shin-Sen-Gumi. And Jinya Ramen Bar, with a flagship location in Tokyo, has successfully scaled up into a bona fide North American chain, with locations everywhere from Las Vegas to Vancouver to Tulsa, Oklahoma.

Despite the competition, this might be great news for fans of Ippudo’s rich tonkotsu broth. Per Bloomberg: “The noodle operator is targeting to have 300 locations outside [Japan] by 2025.”