If you look at the contents of any energy drink, chances are that guarana is listed as one of the main ingredients. We see it all over today, and most of us drink it without thinking all that much about it. But it has a long and rather storied history and mythology.

According to legend, the uniquely creepy-looking fruit grew from the eye of a murdered boy. It’s not a stretch to see how that came about, as it does look like a wide, rolling, bloodshot eyeball. You may have heard of guarana being used as an aphrodisiac, usually in the form of a drink with other ingredients like nuts and bird eggs, but that’s actually a fairly recent use for the berry, almost as recent as its emergence in energy drinks. European missionaries in 17th-century Brazil recorded the native people’s use of the berry, noting that it not only gave them energy but allowed them to go for days without feeling hungry. It became a colonial trading commodity that was said to help protect the body from illness, but too much of it was known to cause insomnia. 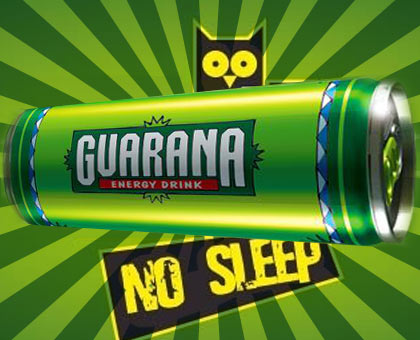 The caffeine that’s found in the guarana berry is thought to be different from the caffeine found in coffee. Guarana contains chemical components called tannins, which are thought to produce a longer-lasting effect than caffeine from other sources. For countless centuries, guarana berry seeds have been powdered or smoked in a long process that is done by hand. Drinking properly prepared guarana can be central to formal occasions and gatherings, where groups of people pass around a calabash bowl—quite a difference from the chugging of energy drinks that much of the world does today.