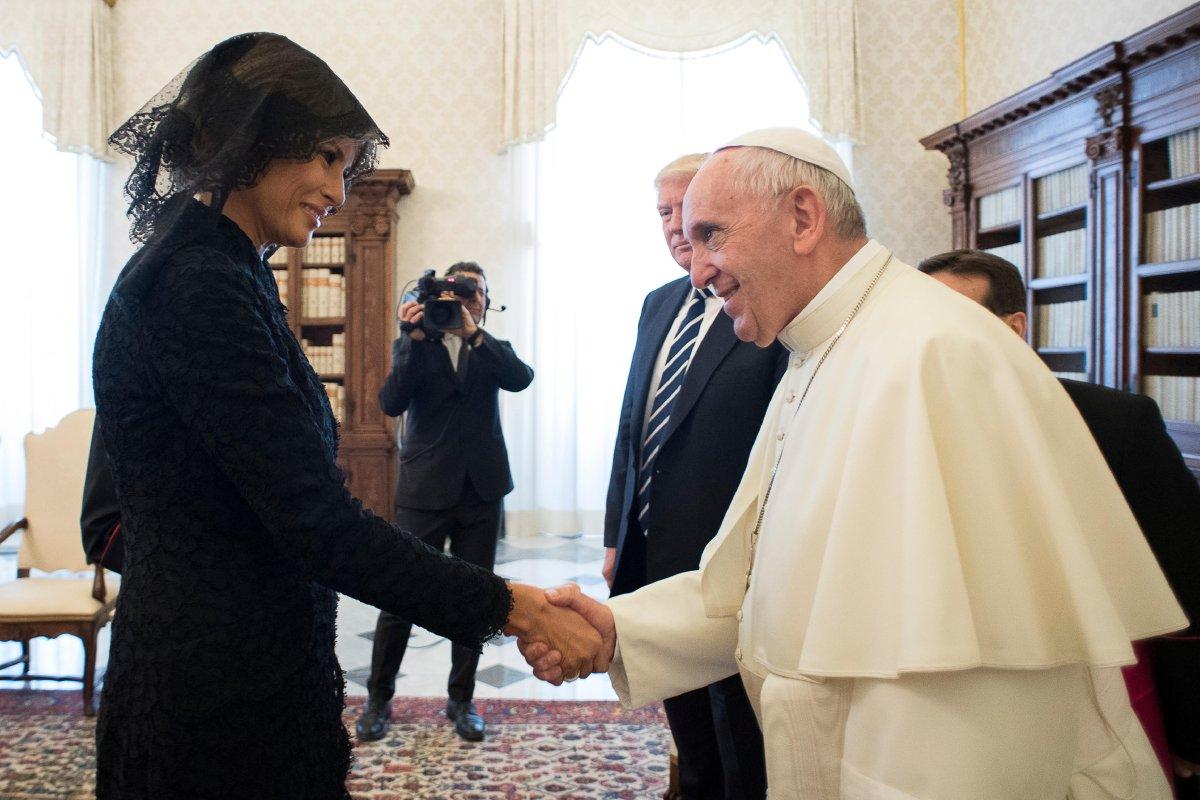 Hopefully the President can take a joke.

The Holy See solemnly entered his first meeting with the President on Wednesday morning and left it joking with First Lady Melania Trump — possibly about her husband’s size.

Through a translator, Pope Francis asked Trump, “What do you give him to eat — potica?”

Laughing, the First Lady did not dispute the Holy See’s assessment and replied, “Potica.”

The Pope was asking Slovenian-born Melania Trump about a nut-filled cake known in her homeland as “Potica.” He tasted the traditional treat when Slovenian Prime Minister Miro Cerar visited the Vatican in 2015.

Trump, who boasts a 6-foot-3 frame, admittedly told talk show host Dr. Mehmet Oz in September that he could shed at least 15 pounds off his weight of 236.

“I could lose a little weight,” Trump said.

An initial report from the Vatican claimed that the Pope asked if Trump was eating pizza but later clarified that the pontiff actually inquired about the cake.