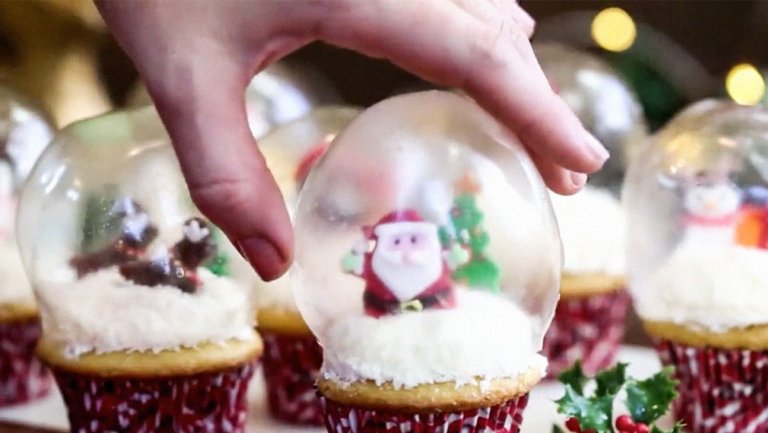 Lists of ingredients aren’t protected by copyright, but recipe how-to videos might be.
Food Network may need to wipe the egg off its face. It’s being sued for stealing the idea and technique for a snow globe cupcakes how-to video by a woman who runs recipe site SugarHero.com.

During the 2014 holiday season, Elizabeth LaBau posted a recipe instructing people on how to use gelatin sheets and small water balloons to make edible globes — which, when placed atop a cupcake, transform an otherwise commonplace dessert into a holiday novelty. The dessert recipe went “viral” the next year thanks to a Facebook post, LaBau says, and it got so much traction that it crashed her website.

LaBau says her food passion is a full-time job and she relies on advertising revenue from her site to keep SugarHero afloat. That one viral post “more than tripled” her income that month, according to the suit filed Thursday in California federal court.

Given the success of the recipe, LaBau decided to create a how-to video and posted it on Dec. 3, 2016.

Three weeks later, she says, the Food Network posted a similar video on its Facebook page — and, now, LaBau is suing for copyright infringement, claiming it ripped off her work shot-for-shot and won’t give her credit.

Copyright law does not protect recipes that are “mere listings of ingredients” — but it does protect original works of authorship, and the U.S. Copyright Office website states that may include “expression” of a recipe such as “a description, explanation, or illustration.” So LaBau’s suit raises an interesting legal question as to whether her how-to video warrants protection while the underlying recipe does not.

“The Food Network video copied numerous copyrightable elements of Plaintiff’s work precisely, including but not limited to choices of shots, camera angles, colors, and lighting, textual descriptors, and other artistic and expressive elements of Plaintiff’s work,” writes LaBau’s attorney William Bowen. “Defendants’ video as of the signing of this Complaint has garnered 145,000 likes and over 11,000,000 views, business and attention that would have gone to Plaintiff and her business but for Defendants’ wrongful acts.”