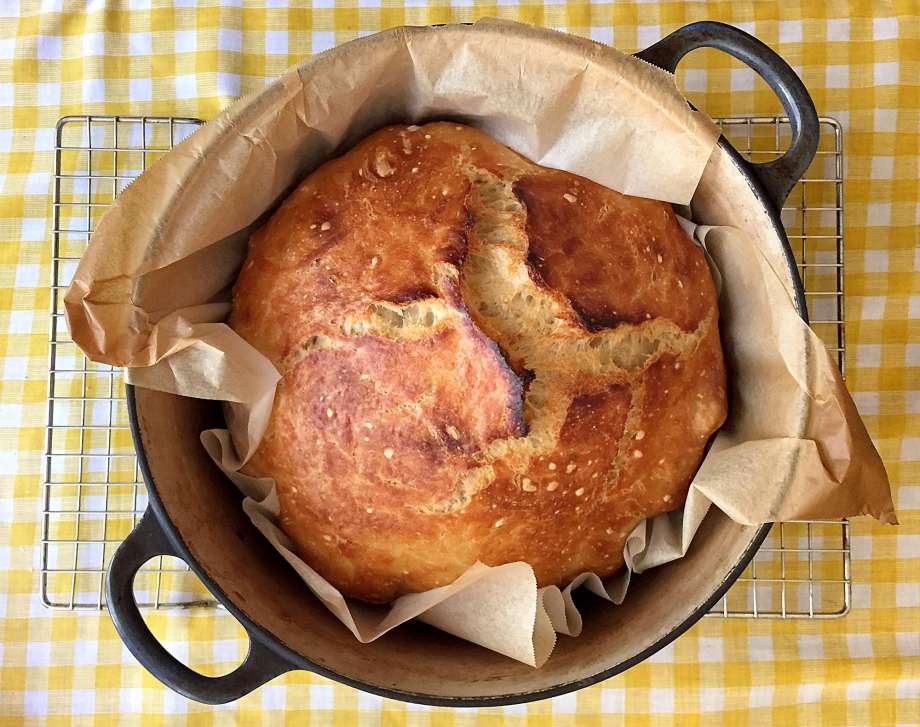 At some point back in 2006, Mark Bittman, then a food writer at the New York Times, featured a groundbreaking technique for baking bread. The recipe came courtesy of Jim Lahey, owner of Sullivan Street Bakery and future author of a book built around the method, “My Bread.”

Its genius was in the process: Lahey promised a professional quality loaf with about five minutes of active labor and with only fairly common household equipment. Bring a little flour, water, yeast and salt into a barely mixed shaggy mass, forget about it for about a day and toss it into a covered Dutch oven to bake. The signature move: skip any and all kneading.

It might be stretching the dough a little thin to call this the first viral recipe ever, but it’s safe to say the no-knead loaf quickly became one of the most widely attempted recipes among the emerging web-savvy network of home bakers at the time — myself very much included.

This is, without question, the most rewarding bread recipe I’ve ever encountered. I committed this technique to memory back when originator Jim Lahey’s metric unit measurements were the most common version found online. Many have since converted it to cups and teaspoons, but I’m sticking with grams. So check the batteries in that digital scale, because I don’t know how to tell you how to do this without one.

Instructions: Whisk flour, salt and yeast in a large mixing bowl. Add water and stir until just combined. The dough will be very wet and sticky. Cover and let rise overnight or up to 18 hours.

When ready to bake, place a covered, empty 5.5-quart Dutch oven into the oven and heat to 500 degrees. Line another large bowl with a large sheet of parchment paper. Scrape the dough onto the paper and let the loaf continue to rise while the oven heats, at least 30 minutes.