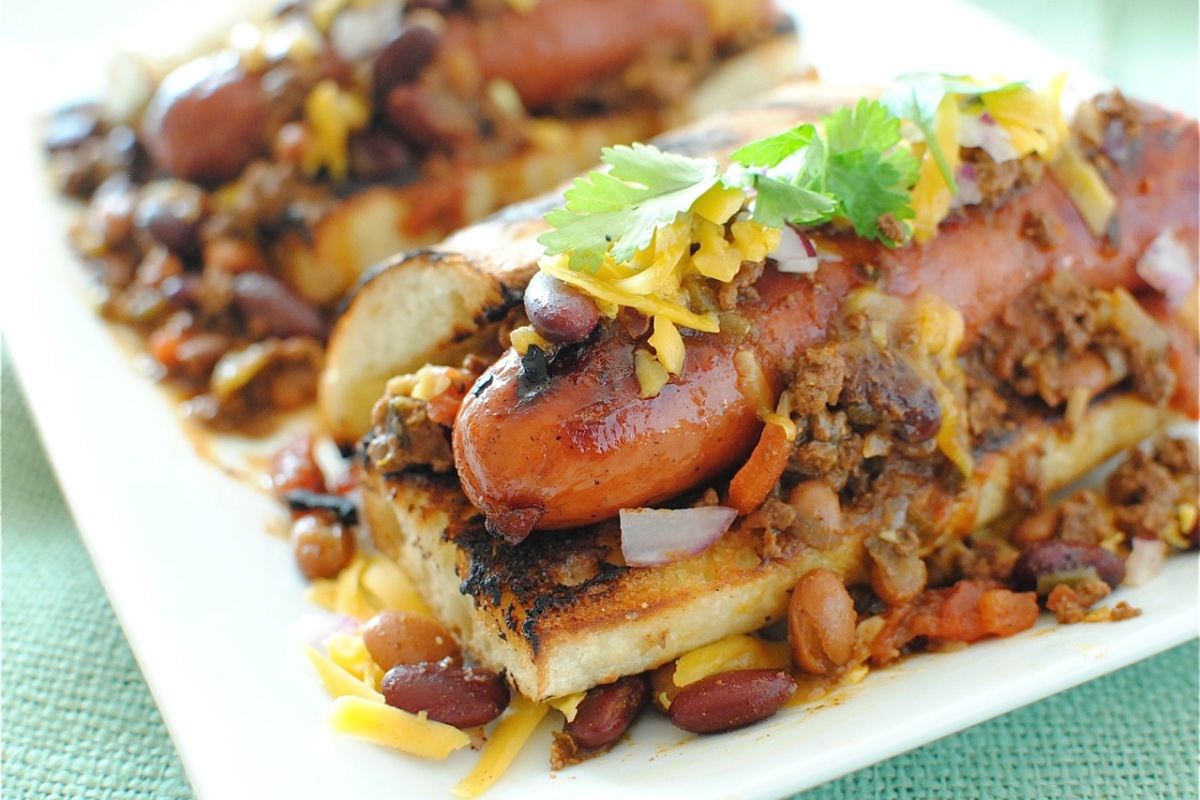 Hot Dog Fun Facts: Sausage is one of the oldest forms of processed food, having been mentioned in Homer’s Odyssey as far back as the 9th Century B.C.

Frankfurt-am-Main, Germany, is traditionally credited with originating the frankfurter. However, this claim is disputed by those who assert that the popular sausage – known as a “dachshund” or “little-dog” sausage – was created in the late 1600’s by Johann Georghehner, a butcher, living in Coburg, Germany. According to this report, Georghehner later traveled to Frankfurt to promote his new product.
It’s said that the frankfurter was developed there in 1487, five years before Christopher Columbus set sail for the new world. The people of Vienna (Wien), Austria, point to the term “wiener” to prove their claim as the birthplace of the hot dog.
As it turns out, it is likely that the North American hot dog comes from a widespread common European sausage brought here by butchers of several nationalities. Also in doubt is who first served the dachshund sausage with a roll. One report says a German immigrant sold them, along with milk rolls and sauerkraut, from a push cart in New York City’s Bowery during the 1860’s. In 1871, Charles Feltman, a German butcher opened up the first Coney Island hot dog stand selling 3,684 dachshund sausages in a milk roll during his first year in business.
There are various theories about where the name “hot dog” actually came from. Some believe it was a holdover from the 1850’s when sausage makers were often accused of using dog meat in their links. The most common attribution however, is to a cartoonist named Tad Dorgan, who drew a cartoon depicting the “hot dachshund sausages” being sold at a New York baseball game and called them “hot dogs” because he could not spell dachshund.
July 23rd and September 10th are National Hot Dog Days.
Baseball fans will consume more than 26 million hot dogs at US baseball stadiums this season. That’s enough to circle the bases 36,000 times.
In honor of the 1996 Olympics, the world’s biggest hot dog was 1,996 feet long, created by Sara Lee Corp.
The average hot dog is consumed in 6.1 bites. (average sized mouth tested)
NASA has approved hot dogs as a regular item on Apollo moon flights, Skylab missions and space shuttle flights.

2 Use a spatula or tongs to cook your hot dog on the grill. They can lose moisture and tasty juices when pierced by a fork.
From Memorial Day to Labor Day every year, Americans typically consume 7 billion hot dogs. That’s 818 hot dogs consumed every second.
U.S. soldiers in military posts around the world consumed 2.4 million hot dogs in 2007.
New Yorkers eat the most hot dogs, more than any other city in the country.
According to the National Sausage and Hot Dog Council, the most commonly used condiment is mustard which is the topping preferred by 32% of Americans. The second place finisher, with 23% of the vote is ketchup and chili takes the third place spot with 17% of the vote.
Although most hot dogs are made from pork and/or beef, recent health concerns around the nutritional content of traditional versions encouraged producers to provide healthier alternatives. Hot dogs made from chicken or turkey are available in most grocery stores, and many meatless alternatives that are made from vegetables or soy products are also widely available.
Hot Dog Fun Facts We Missed

Let us know about any hot dog fun facts we missed in the comment section below. We always love to add to these lists. If we can verify that the facts is just that, a fact, we will give the reader credit in the article.