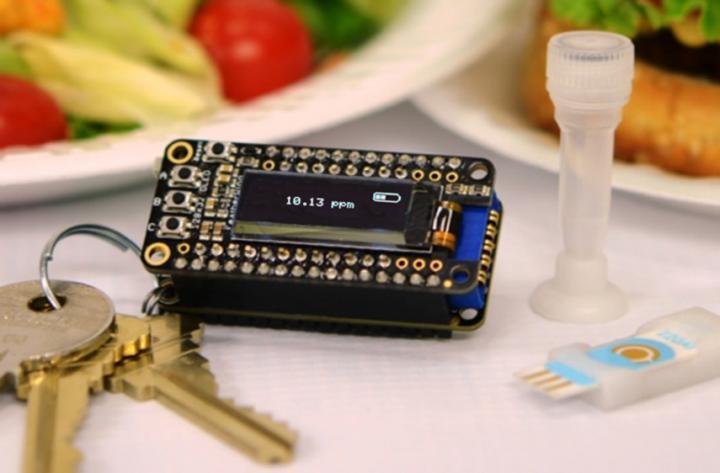 If you’re someone with a horrible allergy that’s not often accommodated at restaurants or food producers, taking a bite means taking your life into your hands — or mouth, I suppose. A new device developed at Harvard Medical School may soon let you test food for common allergens instead of using yourself as your own guinea pig.

It’s called the integrated exogenous antigen testing system, or iEAT — I’m sure that’s just a coincidence. The researchers describe it in a paper published in the journal ACS Nano.

First you put a bit of food on the “antigen extraction device,” a single-use slide that does the necessary chemical deconstruction. You plug that into the iEAT device itself, which is small and light enough to fit on a keychain, and contains the electronics necessary to analyze the prepared food sample. 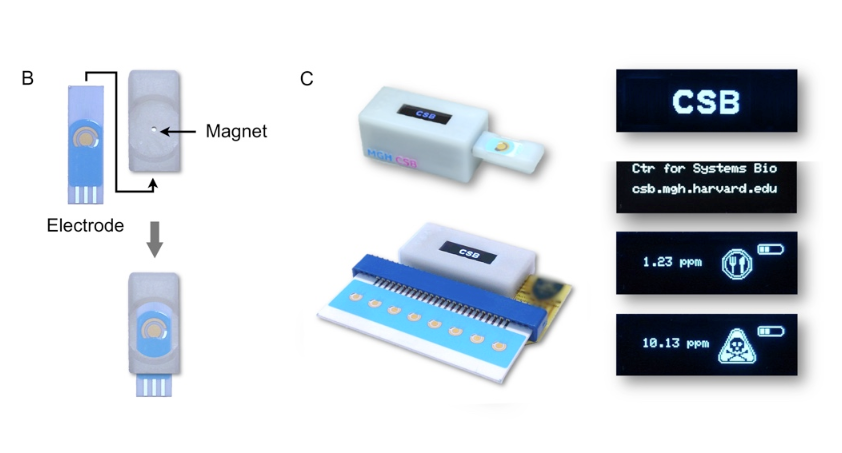 Within 10 minutes, it should tell you whether any given allergens are present, and if so, how much. That isn’t exactly lightning quick, but the alternatives are slower, bulkier or more dangerous (i.e. just eating it). And the iEAT actually detects even smaller amounts than lab tests. It’s not the only tester out there: There’s also the Nima, but that only does gluten and it’s a lot more expensive, and Ally, which did lactose in its prototype phase.

Right now the device is set up to detect peanuts, hazelnuts, wheat, milk and eggs, but it could easily be configured to find other things: shellfish, pesticides and so on. The researchers tested it on a few restaurant items themselves and found gluten in a “gluten-free” salad, and egg protein in beer (gross).

The whole thing supposedly costs $40, though of course the antigen extraction devices are where they get you — hopefully you’ll be able to buy in bulk. Whatever the case, it’s better than having your throat close up or developing some horrible rash.