Today is National Taco Day and it’s a fiesta for taco lovers with many national taco chains marking the day with free tacos and specials.

Here are the deals:

Taco Bell: At participating locations on Wednesday, the chain has a special “National Taco Day gift set.” For $5, get four classic Taco Bell tacos — Nacho Cheese, Cool Ranch, Fiery Doritos Locos Tacos and the Crunchy Taco — “gift wrapped” in a limited edition wrapper and specially boxed. Learn more about the deal online. Taco Bell also has teamed up with teen retailer Forever 21 to create a collection of bodysuits, sweatshirts and hoodies, which will go on sale Oct. 11 at select Forever 21 stores.

Tijuana Flats: Get $2 tacos and $2 Mexican drafts Wednesday at participating locations. Many locations of the fast-casual Tex-Mex chain have a Tuesday taco deal called Tijuana Tuesdaze where two tacos, chips and a medium drink are $5.99. Also, all locations have a take-home “Hardly Homemade” taco meal kit for $31.99.

On the Border: Mini tacos are 50 cents each when you dine-in Wednesday at participating locations. The chain also has a 20% off taco catering items through Oct. 8 with promo code Taco17.

Chuy’s: Crispy beef tacos are $1 with any order Wednesday at participating locations and get $1 off Mexican beer. And if you dress up like a taco, you earn a free meal.

Del Taco: New and existing members of Del Taco’s Raving Fan eClub will get a buy one Queso Crunch Taco, get one free coupon to use Wednesday at participating locations. Also for signing up for the rewards program at http://www.deltaco.com/ravingfan, get a coupon for two free grilled chicken tacos. 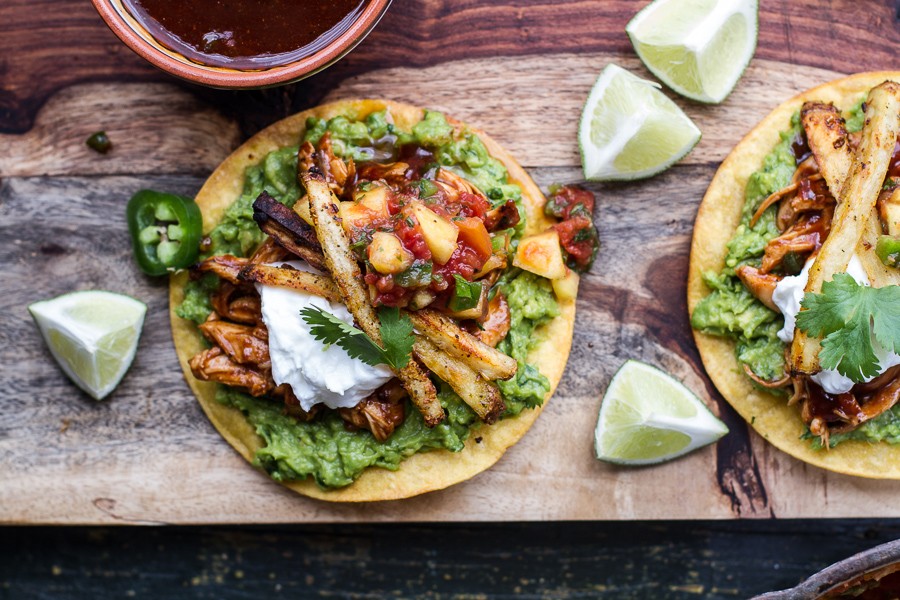 Blaze Pizza: Not an official National Taco Day deal, but Blaze Fast-Fire’d Pizza has a pop-up pizza party after 4 p.m. Wednesday for its first annual Noncon4mist Day with $4 pizzas at more than 200 locations. Along with $4 dine-in and customizable pizzas Wednesday, customers will get a bounce-back coupon to receive $4 off a pizza and drink during a future visit, redeemable through the Blaze Pizza mobile app.

California Tortilla: Buy one taco, get one free Wednesday. The Blackened Fish, California Sunset, Korean BBQ and Crunchy BBQ Ranch street tacos are included in this deal and there’s a limit of five free tacos per person.

El Fenix: Get $4.99 taco plates with two crispy or soft tacos at participating locations of the Texas-based chain with a coupon posted on its website. Print the coupon or show the digital coupon on your smartphone. One coupon is valid for up to 10 people in your party.

Fuzzy’s Taco Shop: Get $1 tacos all day Wednesday including most of Fuzzy’s Baja Tacos, including their breakfast tacos. Some exclusions apply.

Jimboys Tacos: Get one free taco for every taco purchased, up to three free tacos per guest Wednesday at participating locations. Offer applies to the Original Ground Beef Taco and Bean Taco only. The chain has 38 California and Nevada locations.

Hot Head Burritos: Buy two tacos, get one free Wednesday at all locations. Get the deal by walking into any location or if ordering online enter the code buy2tacos.

Margaritas Mexican Restaurant: Order the two pound, 12-inch Taco Gigante for $12.99 Wednesday and receive a voucher for a free Taco Gigante to use on your next visit. In October, the chain with locations in Connecticut, Maine, Massachusetts, New Hampshire, New Jersey and Pennsylvania has a Taco Gigante Challenge and if you finish the entire taco you get a place on Margaritas Wall of Fame and bragging rights.

Rubio’s Coastal Grill: The San Diego-based company with 200 locations throughout California, Arizona, Colorado, Utah, Nevada and Florida is celebrating National Taco Day a day early. On Tuesday, participating locations will have The Original Fish Taco for $1.75, The Fish Taco Especial for $2 and The Original Fish Taco with Mango Salsa for $2.25. The specials are dine-in only. Learn more here. Also join Rubio’s Beach Club for a free taco and other perks.

Taco Bueno: Get a free taco with any purchase Wednesday.

Taco Cabana: From 5 to 8 p.m. Wednesday, get 50 percent off a chicken fajita taco at participating locations. Dine-in only and one per person.

Taco John’s: Get a free taco, crispy or soft shell Wednesday at participating locations of the chain which has trademarked the terms “Taco Tuesday” and “Wake Up Wednesday.” To get this deal, show a coupon that will be available Wednesday on Taco John’s website, Facebook, Twitter, Instagram and Snapchat pages.