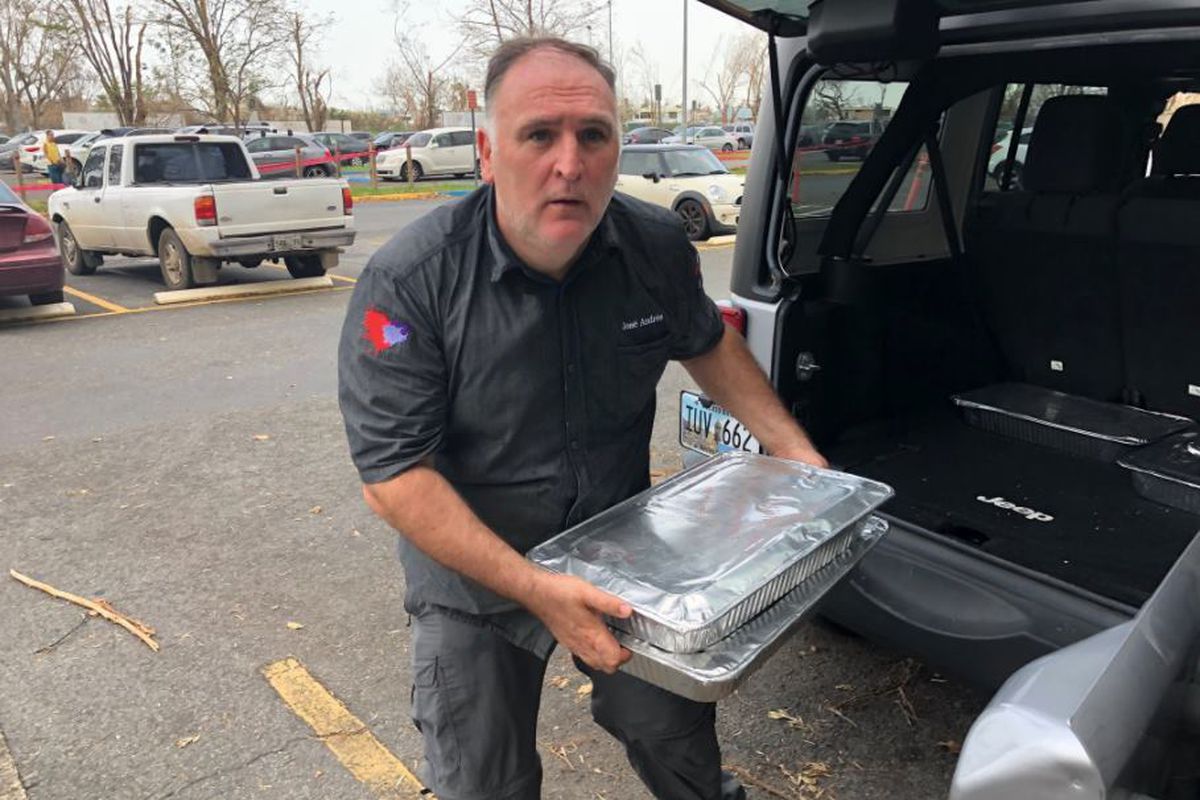 The Coliseo is the biggest concert hall in San Juan Puerto Rico. But since Hurricane Maria devastated the island a month ago, it’s become the center of a massive effort to feed tens of thousands left hungry by the storm — an effort led by celebrity chef José Andrés. “We’re about to reach the million and a half [meals] served — a vast majority of them hot meals,” says Andrés, who is known for his upscale restaurants in Washington, D.C., and for canceling his plans to open one in Donald Trump’s D.C. hotel.

Nearly 80 percent of Puerto Rico remains without electricity. In the Coliseo, Andrés oversees a massive makeshift kitchen. A few hundred volunteers prepare stews and sandwiches — 60,000 each day. Andrés calls it “one of the most effective sandwich lines made by volunteers in history — I’m so proud of them.” When asked why he decided to fly to San Juan on Sept. 25, just days after Maria struck, Andrés replies by paraphrasing the author John Steinbeck. “Steinbeck said very clearly in Of Mice and Men, “Where there is a fight so hungry people may eat, I will be there.” “I didn’t see a plan and instead of planning and meeting, I began cooking and we began feeding,” he says. Soon after Andrés arrived, FEMA gave his nonprofit, World Central Kitchen, enough money to prepare 20,000 meals over seven days. That’s on top of the 50,000 people a day he was already feeding — with donated food and funds, in addition to money from his NGO. 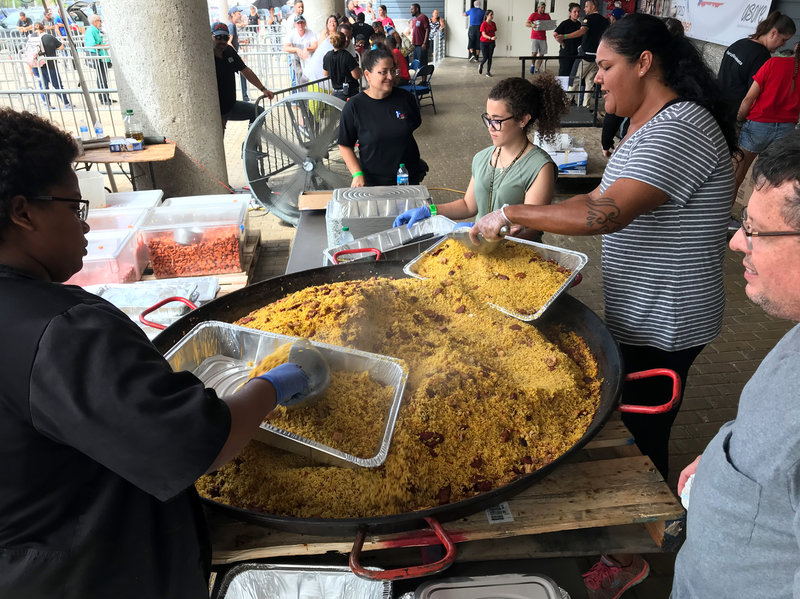 When it came time for a new contract, Andrés asked FEMA for increased funding so he could feed tens of thousands more Puerto Ricans, but the agency told him that would take longer because of its contracting rules.

Despite such frustrations, Andrés remains indefatigable about continuing to churn out meals to help alleviate hunger in hurricane-ravaged Puerto Rico.